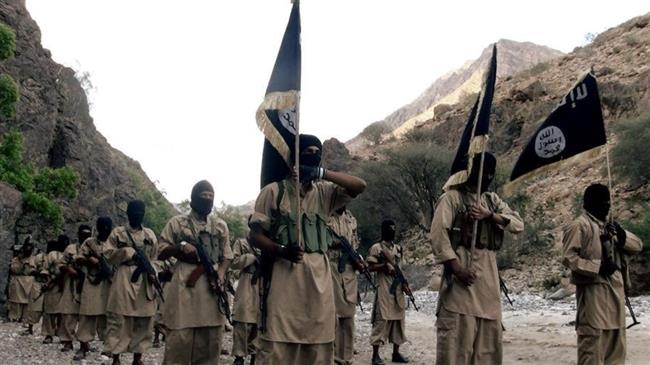 Yemen’s Security and Intelligence Service has published a report, detailing the activities of terrorists and senior commanders affiliated with al-Qaeda in the country’s strategic central province of Ma’rib as Yemeni forces and allied continue to make territorial gains there.

The intelligence agency, in the report released on Friday, exposed the hideouts and whereabouts of the Takfiris in Ma’rib, situated some 120 kilometers (75 miles) east of the capital Sana’a, the hotels where they hold their meetings as well as their arms depots and supply warehouses, the Arabic-language al-Masirah television network reported.

The report revealed the locations of training and rehabilitation camps belonging to al-Qaeda terrorists, and shed light on the terrorists’ relations with Saudi-backed militants loyal to Yemen’s former president Abd Rabbuh Mansur Hadi besides their presence on battlefronts.

The agency indicated that, by presenting the report, it seeks to inform the public about the extent of conspiracies being devised against the Yemeni nation, as well as the amount of support that the terrorists receive from the coalition of aggression – particularly the United States which claims to be engaged in a war on terrorism.

The Yemeni intelligence agency further noted that it will circulate its detailed report, which includes maps and coordinates, among various local and foreign media outlets.

Back on February 23, Yemeni officials said members of the Takfiri al-Qaeda and Daesh terrorist groups are using Ma’rib province to launch attacks on other regions in the war-ravaged country, and that the militants are receiving training from Saudi military officers.

“Al-Qaeda and Daesh [terrorist] groups have turned Ma’rib into a launching pad for attacks on entire Yemeni regions. They are under the auspices of a Saudi officer, and sending car bombs and death squads across the country,” Director of Yemen’s Presidency Office Ahmed Hamed said at a ceremony in Sana’a at the time.”

He added, “Those who are now crying foul at the ongoing battle in Ma’rib kept mum when Sana’a was under threat by [the al-Qaeda-affiliated Salafist] Islah Party, al-Qaeda and Daesh [terrorists].”

Chairman of the Comprehensive National Reconciliation and Political Solution Team Yousef Abdullah al-Fishi also said Yemeni and foreign militants from Islah Party as well as al-Qaeda and Daesh terror groups have come together in Ma’rib, displaced locals and usurped their residences.

Over the past few weeks, Ma’rib has been the scene of large-scale operations by the Yemeni troops and allied Popular Committees fighters, who are pushing against Saudi-sponsored pro-Hadi militants.