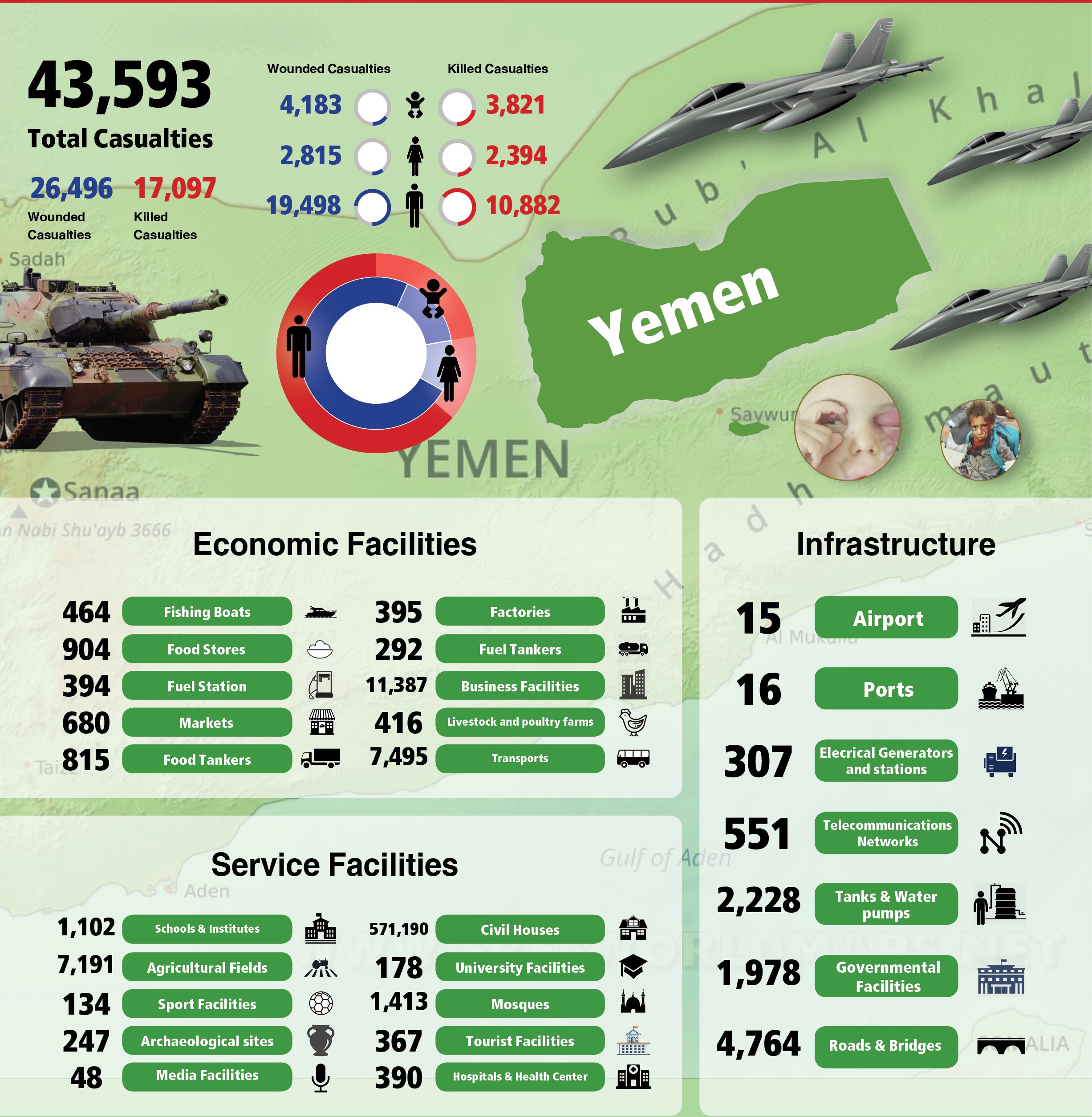 The Statistics of Six Years of War on Yemen

The Humanity Eye Center for Rights and Development (HECRD)revealed today, Tuesday, a shocking statistic about the crimes committed by the US-backed Saudi-led coalition in Yemen for the past six years, since March 2015.

In regard to the economic establishments, the Saudi attacks led to the destruction and damage of 395 factories, 292 fuel tank trucks, 11,387 commercial establishments and 416 chicken and livestock farms.

Regarding the service structures, the Humanitarian Eye Center explained that, within 6 years, 571,190 homes, 178 university facilities, 1,413 mosques, 367 tourist facilities, 390 hospitals and health facilities have been targeted.