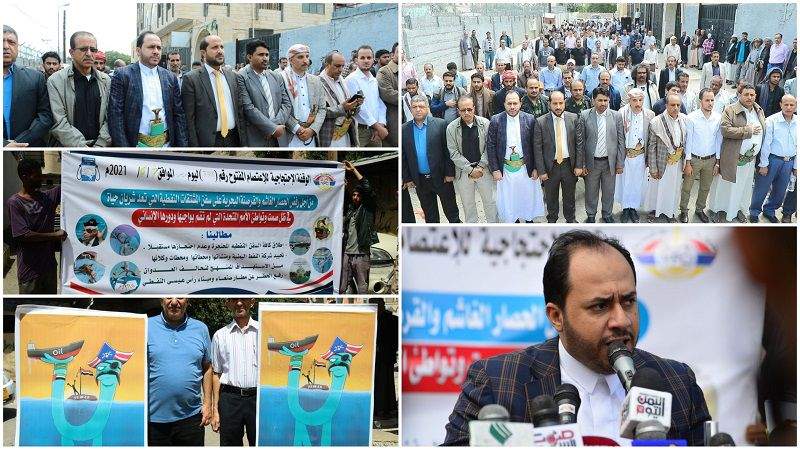 The Yemeni Petroleum Company confirmed, in a protest held in front of the United Nations headquarters in Sana’a, on Monday, that the suffering of the Yemeni people has reached an unprecedented stage, as a result of the continued detention of oil ships by the coalition of aggression.

During the demonstration for the employees of the YPC company and other service sectors, the company’s official spokesman, Issam Al-Mutawakel, indicated the need for the United Nations to intervene and carry out its duty to release the oil derivatives ships and not to detain them in the future.

He called for rapid separation of the humanitarian file from the political and military file in order to alleviate the human suffering of the Yemeni people.

The company’s official spokesman indicated that the US-Saudi aggressive coalition is still detaining oil vessels, and the last period only witnesses the release of only two tankers.

He explained that the total fines incurred by these ships exceeded eight million dollars, equivalent to five billion riyals.

A statement by the protestors denounced the silence and the UN’s indifference to the continued detention of fuel ships and the prevention of their entry to the port of Hodeidah, considering these arbitrary practices a flagrant violation of international and humanitarian norms and covenants.