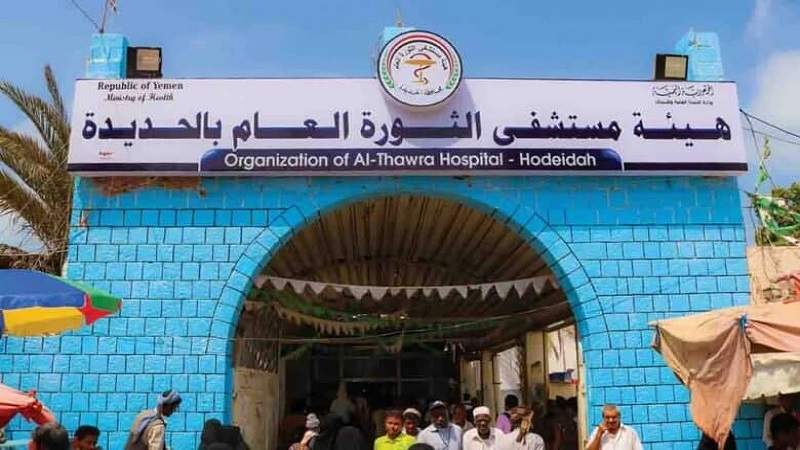 Today, Saturday, the head of the Al-Thawra General Hospital Authority in Hodeidah, Dr. Khaled Suhail, warned from the stoppage of some departments of the hospital in the event of a power outage.

Dr. Khaled Suhail pointed out that the obstetrics, pediatrics and burns centers and the National Blood Center in the hospital are threatened to stop functioning if power is down.

Al-Thawra General Hospital in Hodeidah receives approximately 2,000 cases daily, and is the only one in Yemen that works two shifts,’ Dr. Suhail said.

“We have 30 incubators in the center, and if the electricity goes out for 10 minutes, this will lead to the inevitable death of 30 children,” he said, pointing out that pediatric, general, heart and medium care centers all need electricity around the clock because they contain respirators that are linked to the lives of patients.

“We are working in Al-Thawra Hospital in a state of concern because of the aggression’s detention of the ship specialized for supplying power to the city of Hodeidah, which is now barely functioning 6 hours a day,” he expressed with worry.

It is worth noting that the hospital’s generators are used for over 18 hours a day, and this causes them to be overloaded, expecting power to completely halt at any moment.

“We are facing the problem of providing medicines due to the blockade made by the US-Saudi aggressors, and there are many medical devices that we cannot import because of this blockade,” he noted.

Furthermore, the President explained that there have been serious cases of illness increased. He said they used to receive two cases of congenital malformation a year. However, now the hospital receives such cases every week, and this confirms that the US-Saudi aggressors are using prohibited weapons in their war on Yemen.

July 17: An Update of the Saudi Crimes, Violations in Yemen