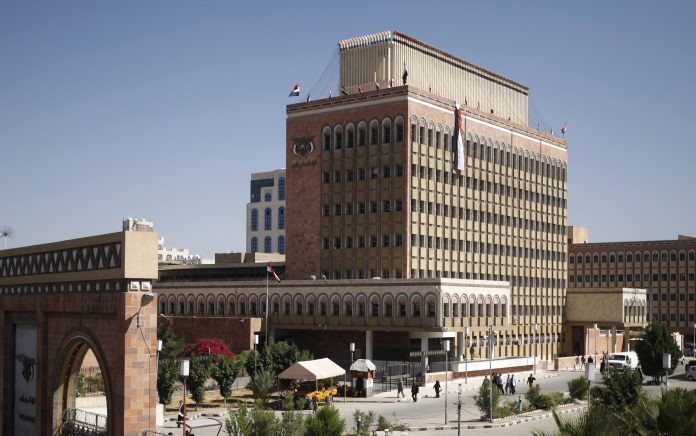 The Central Bank of Yemen – the headquarters in Sana’a – confirmed on Tuesday that it is following the continuous and increasing steps of escalation pursued by the mercenary government in Aden at the behest of the aggression countries.

In a statement issued today, the Central Bank of Yemen referred to the latest escalation steps of the mercenary government reported by the media on the issuance of a statement by the so-called “Central Bank of Aden” declaring its intention to pressure the banks to transfer their business centers to the city of Aden, threatening with creating a list of what it called “non-compliant banks.”

According to the Central Bank’s statement, Aden’s bank aims at forcing “all importing companies and commercial establishments” not to carry out any financial or banking operations, (including opening credits and transfers for goods) with banks that it will classify them according to its desire as non-compliant banks, with the aim of harming those banks’ relationship with “local authorities, banks, external financial and banking institutions and other international organizations.”

In its statement, the Central Bank of Yemen – the headquarters in Sana’a – held the leadership of the so-called “Central Bank of Aden” and the international community responsible for any steps or decisions aimed at compromising the stability of the Yemeni banking sector or impeding its activities, which represent a main pillar of economic activities and humanitarian aid programs operating in the country.