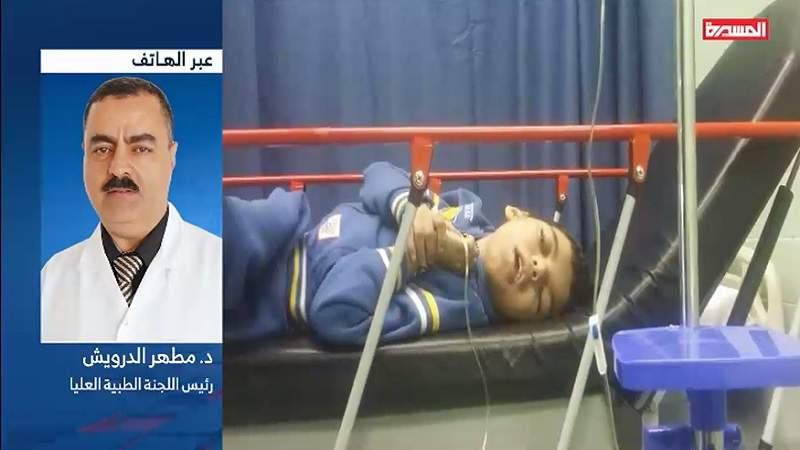 The head of the Higher Medical Committee, the medical bridge official, Mutahar Al-Darwish, stated that the World Health Organization (WHO) decided to cancel the air medical bridge through Sana’a International Airport.

Dr. Al-Darwish said, in a statement to the Al-Masirah Arabic channel, Saturday, that a year after the announcement of the suspension of the medical air bridge, and while thousands of incurable disease cases have registered in this bridge, the World Health Organization has informed the committee of the cancellation of the air medical bridge at Sanaa International Airport.

He stated that WHO justified its decision to cancel the medical air bridge because of the low budget the United Nations organization is currently facing.

Over 10,000 cases had died from the 35 thousand cases that were registered within the medical bridge supervised by the United Nations.

For his part, the director of Sana’a International Airport, Khaled Al-Shayef, stated that the airport, since its closure five years ago, has been turned into an airport for the employees of UN organizations.

He said that more than 5,000 UN flights have landed at Sana’a International Airport since it was closed five years ago.

Furthermore, most of the UN flights to Sana’a International Airport, since it was closed on civilians, came for the special purposes of the UN staff and their families.

He revealed that all UN organizations did not allow any sick case to be deported as part of their successive flights to Sana’a International Airport.

Moreover, one of the United Nations organizations threatened to stop its activities in case the Ministry of Health insisted on deporting any incurable disease cases on its trips abroad.

The director of the airport also explained that most of the international flights to Sanaa International Airport do not exceed the number of passengers, while its planes can accommodate dozens of passengers, and the planes are almost empty.

The UK forces in Yemen are occupying forces and we have the right to target them: Head of National Delegation