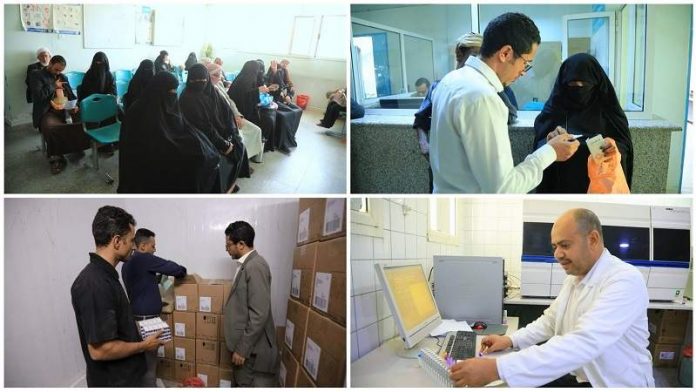 Thousands of patients suffering from diabetes have their lives on the line as a result of the lack of their medicines that is caused by the US-Saudi imposed a siege on Sana’a International Airport, the ministry of health in Sanaa stated.

In a special statement to Almasirah, the Vice President of the Diabetes Treatment Center, Dr. Abdulkafi Al-Haddad, confirmed that one of the main reasons for the deterioration of the conditions of diabetic patients is the delay of the arrival of medicines to them.

“Their effectiveness has been affected due to the conditions of transportation by land and not by air,” he explained.

He pointed out that diabetics are experiencing the catastrophe of the closure of Sana’a International Airport, stressing that insulin needs special transport and storage conditions.

Dr. Al-Haddad said, “We examine more than 120 patients daily at the Diabetes Treatment Center,” noting that the number of patients at the center has reached nearly 29,000 patients.

He explained that the center has received over 15,000 patients during the last six years, despite other cases in various hospitals in the governorates of the Republic.

In turn, Director General of Financial Affairs at the Ministry of Health, Muhammad Al-Kumaim, said that the available insulin medication is only 150,000, stressing that this number is not enough to supply the large numbers of patients this year.

Al-Kumaim pointed out that the closure of Sana’a International Airport by the US-Saudi aggression stopped transporting medicines, and suspended their import, causing long periods for their arrival in Yemen.

The Saudi targeting of infrastructure caused the spread of 26 diseases and epidemics: MOH