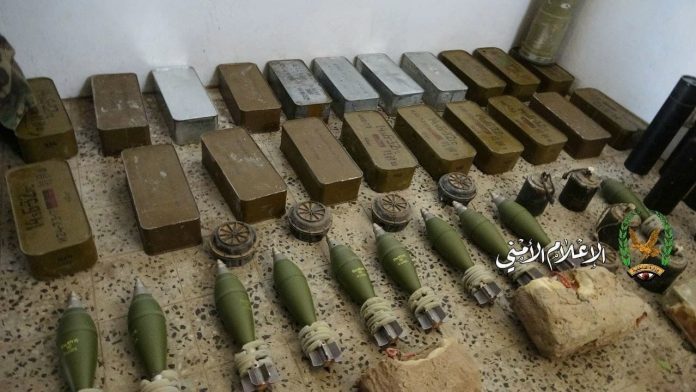 Ministry of Interior announced on Monday its security forces found a weapons depot belonging to the Saudi-led aggression coalition forces in Abdiya district of Marib province.

The minister police said in a statement that the police were able to find a large amount of ammunition and projectiles that the aggression forces had hidden in the depot before they were pushed back from the district.

The statement praised the role of sheikhs, tribes of the districts in cooperation with the police in uncovering the depots and caches.