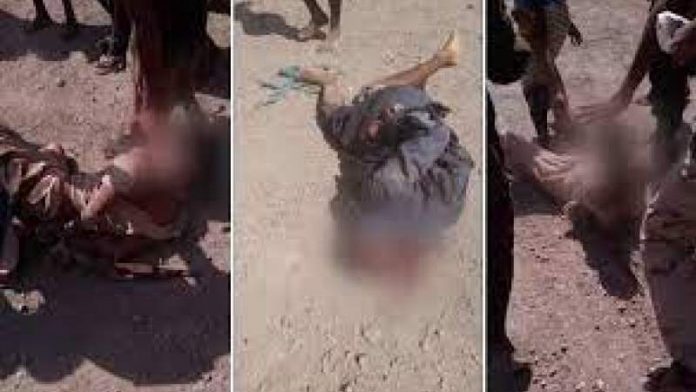 A number of diplomatic missions to Sana’a reacted with the calls issued by Sana’a to hold those responsible for the crime of executing 10 prisoners at the hands of the Saudi-led forces on the western coast of Yemen.

“These acts constitute a serious breach of international law, and they must be investigated, and the perpetrators must be held accountable,” It added.

“We are concerned about reports of 10 unlawful executions in Hodeidah, and continue to follow the case closely and call on the authorities to fully investigate” the British Embassy to Pro-Saudi government said.

The British Embassy stated that these heinous acts are a disregard for international law, and those responsible for their actions must be held accountable.

“France is concerned about reports of executions in Hodeidah,” the French embassy to the Pro-Saudi government said. Without further details.

It has not happened that Western diplomatic representations to the Pro-Saudi government have condemned the crimes of the coalition in Yemen. This is the first time that Britain and France have issued positions of condemnation and demanded an investigation into one of the crimes committed by the coalition against the people of Yemen.

It should be noted that last Saturday, the US-Saudi aggression executed 10 prisoners and mutilated their bodies, in a well-known crime, which was documented by the media of the coalition forces with video and audio.

Over 200 sheep killed by a Saudi raid in Dhamar