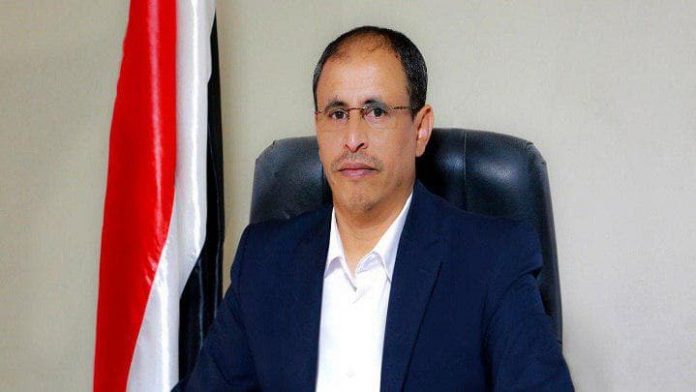 The Spokesman for the National Salvation Government, Information Minister Daifallah Al-Shami, on Sunday praised the offensive operation “The 8th Deterrence Balance” that targeted military and vital sites inside the Saudi enemy country.

The government’s spokesman explained that the operation comes within the framework of the legitimate right of response guaranteed by national laws and international covenants against “the continued aggression of the US-Saudi-led coalition and its siege” on Yemen.

Al-Shami stressed that the future deterrence operations would be more painful if the aggression does not stop, noting that the Yemeni people “will not stand idly by regarding the crimes committed by the aggression coalition and the unjust siege imposed for seven years.”

The deterrence balance operations carried out by the armed forces caused great losses to Saudi Arabia, despite the media blackout on the results of these operations, which have become an embarrassment to the aggressor Saudi regime, he said.

He added that these operations represent a message to the coalition forces, led by America, that Yemen possesses strategic deterrent weapons capable of restraining the coalition countries.

Mass rally in Saada condemns US escalation, continuation of aggression and siege on Yemen

US administration’s fabricated noise on Yemen is a desperate attempt to mislead public opinion: Foreign Ministry