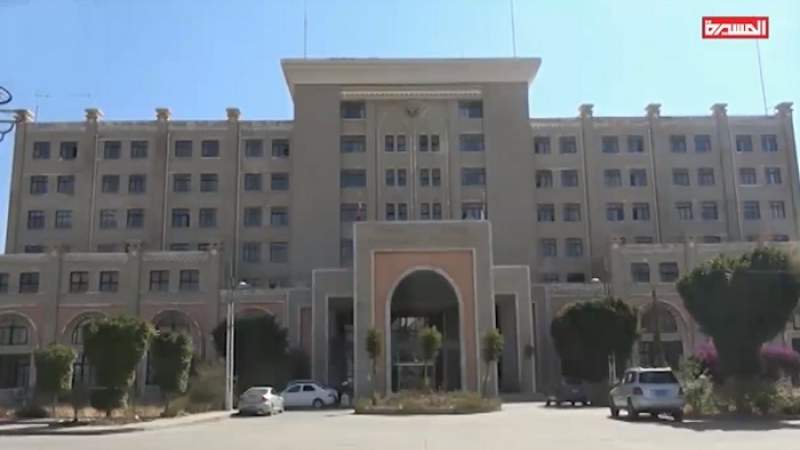 US administration’s fabricated noise on Yemen is a desperate attempt to mislead public opinion: Foreign Ministry

The administration’s fabricated noise and false claim to work for peace in Yemen are not a miserable attempt to mislead U.S. and international public opinion and openly cover up its crimes and systematic terrorism against Yemen, the State Department said.

“The statements and positions of a number of US administration officials are duplicative, as they appear to be keen to stop the war in Yemen and end the suffering of Yemenis,” the State Department said in a statement received by Saba.

At the same time, the administration is pursuing unfair hostile policies targeting Yemen on the ground and human beings, the latest of which is statements calling for internal fighting between Yemenis, the statement said.

The State Department’s statement noted the US administration’s role in providing direct care and support to the Coalition of the States of Aggression, which announced from Washington, D.C., the launch of its seven-year war of aggression against the Yemeni people.

The statement referred to America’s crimes in Yemen, using the means of economic war, the policy of starvation, the siege of ports, and the deployment of terrorist and radical elements inside Yemeni territory.

The statement deplored the flagrant contradiction between the claims of the United States administration and its false calls for peace in Yemen on the one hand, and its actions, positions, and recent statements directed and supportive of the continuation of military aggression and the deadly blockade on the Yemeni people on the other.

The State Department called on Washington to review its positions toward the Yemeni people and to upgrade its policies in line with humanitarian, ethical, and legal principles and responsibilities committed to the lofty purpose of promoting international peace and security by understanding the basic requirements to support Sana’a’s efforts and sincere efforts to build a genuine, comprehensive and lasting peace for Yemenis, the region and the world.

The statement noted that the international community can only recognize the fact that Sana’a has been and continues to be the active and serious party in reaching out to the peace and providing initiatives and visions that support peace opportunities and guarantee stability and security and consolidate them in the region.

US-Saudi airstrike kills a civilian and a baby, injuring mom in Hodeidah