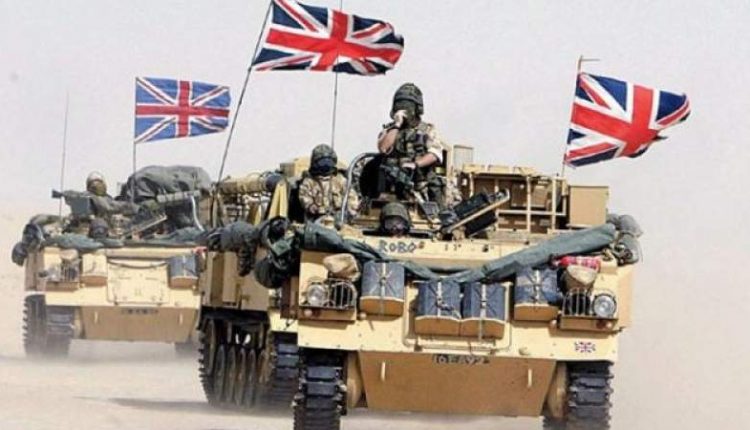 Britain intends to establish three foreign military bases, one of which is in Oman, Lt. Gen. Ralph Wooddisse, commander of the field army revealed.
Under plans described as a “radical” restructuring of British ground forces, the British government announced Thursday that a NATO base in Sennelager, near the German city of Paderborn, will become one of three new “centers.” regional ground forces “for the British Army. alongside Oman and Kenya.

“We put forward a substantial number of our armored vehicles to be able to move faster if they are to be required anywhere on the continent. [European] mass of land, “said Wooddisse.

The British commander did not clarify the purpose of building a base in Oman and whether it was related to tensions with Iran or with the aim of strengthening its forces located in Al-Mahra, northeast of Yemen, adjacent to Oman.

British forces landed in Al-Mahra after more than four decades when Britain left southern Yemen, ending an occupation that lasted more than 133 years.

The arrival of British forces to Al-Mahra Governorate comes in the context of legitimizing the Saudi presence according to observers of the Yemeni affairs.

Al-Mahra has the longest coastal strip in Yemen with 560km overlooking the Arabian Sea, and two land ports with the Sultanate of Oman “Serfeet” and “Shihn”, in addition to the Nishtun sea port. Saudi Arabia seeks to pass an oil pipeline illegally through Al-Mahra to the Arabian Sea.

The British military presence in Mahra confirms the inability of the Saudi occupier to impose its control over the governorate.

What is happening in Yemen now confirms the lies of the allegations of the US-Saudi-Emarati- Israeli aggression, regarding the “legitimacy” of Hadi. The aggressive coalition aimed at dividing Yemen, occupying its land, controlling its ports and islands, and plundering its wealth, for the benefit of the Israelis.

However, it was confirmed that Yemen is not divisible, and the will of its people will not be broken. Throughout its long history, no occupier entered Yemen without being buried in it or fleeing from it. This fact was indicated by Sayyed Abdulmalik Al-Houthi who said: “We will liberate all of our country and seize back all the territories occupied by the enemies in order to subjugate them to the Americans, the British and the Israelis.”