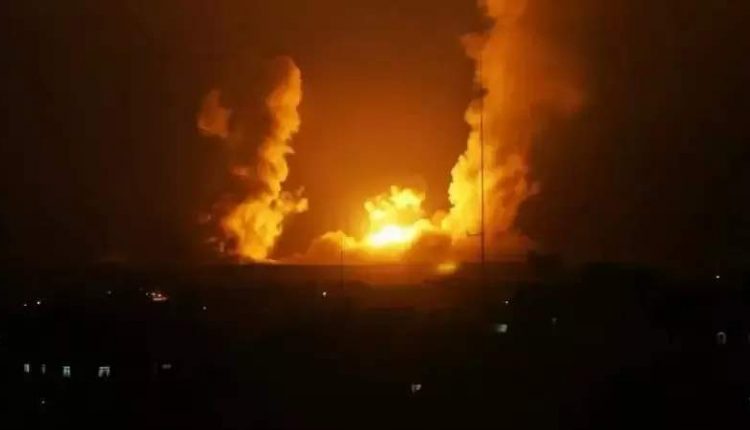 The Coalition launched two raids, night, on the capital, Sana’a.
Almasirah Net correspondent reported that the Coalition’s warplanes targeted, with two raids, Al-Nahdin area in Sanaa, without any casualties reported until now.

During the past hours, the US-Saudi aggression launched a series of raids on several governorates.

Saudi Arabia, backed by the US and its other regional allies, launched a devastating war on Yemen in March 2015. The seven years and half of war has killed hundreds of thousands of people and destroyed much of the country’s infrastructure. Yemeni people are facing malnutrition, hunger, and famine, which have increased risks of disease and starvation.

In light of its defeats on various frontlines and its failure to achieve any of its objectives, the US-Saudi aggression is notorious for its indiscrimination shown by its numerous attacks against densely-populated centers, including markets, hospitals, farms and schools.

Yemeni Armed Forces have repeatedly warned the Saudi regime to stop its war, promising the regime larger and painful operations if it continues its aggression and siege on the country.

Yemen’s Air Force has stepped up the retaliatory attacks on Saudi Arabia and in occupied Yemeni territories in recent months, especially in Marib.

Recently, the US-Saudi aggression escalated its raids by launching a series of raids on a number of governorates.

FM in Sana’a: Gov’t Provides All Facilities To Traders At Hodeida Port