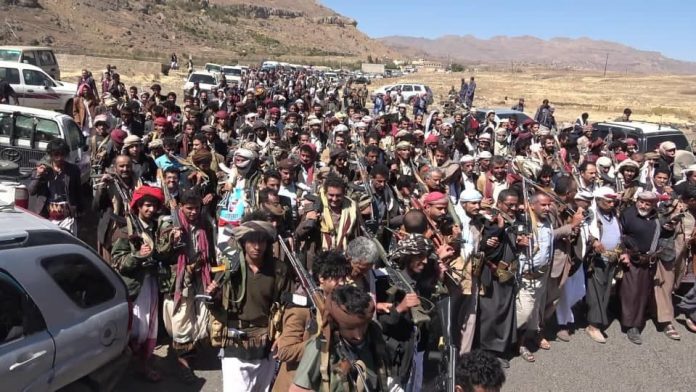 Tribes and sheikhs of Arhab district of Sana’a province on Monday received a large delegation of sheikhs and dignitaries from several districts of Bayda province.

During a meeting, held in Arhab district, the delegation of the liberated Bayda districts praised the constructive stances and warm reception made by the leader of the revolution Sayyed Abdul-Malik Al-Houthi, and all Arhab tribes.

Bayda tribes pledged to the revolutionary and political leadership continuing to support the Yemeni army in confronting the Saudi-led coalition until the liberation of all of Yemen.