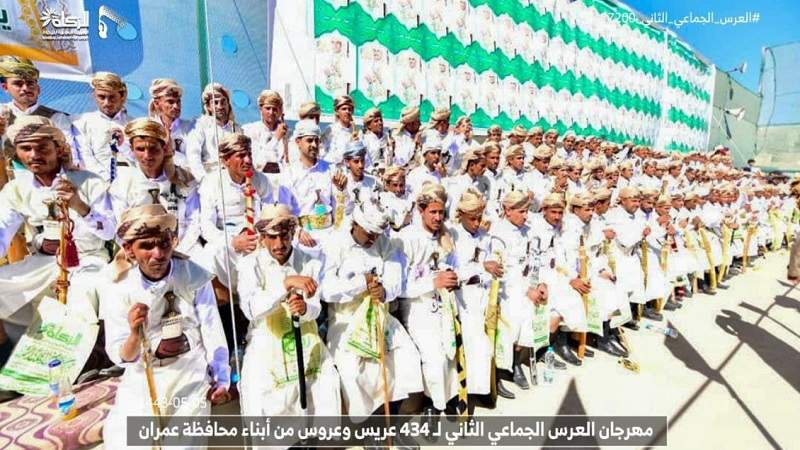 Amran gov. celebrates a mass wedding of 436 grooms and brides under the auspices of the Zakat Authority

On Thursday, 436 grooms and brides from the districts of Amran governorate celebrated their mass wedding, organized by the office of the General Authority of Zakat in the governorate under the slogan “Together to facilitate dowries and immunize young people.”

In the celebration, the Governor of Amran, Dr. Faisal Jamaan, praised the initiative of the Zakat Authority in organizing collective weddings, which enhances societal solidarity, especially in light of the current conditions that the country is going through as a result of the continued aggression and siege.

He pointed to the interest of the revolutionary leadership and the Supreme Political Council in drawing joy in souls and activating social solidarity, in conjunction with the victories that have been achieved for the homeland on various fronts.

At the ceremony, which was attended by the Assistant Minister of Defense, Major General Ali Al-Kahlani, the head of the General Authority for Zakat, Sheikh Shamsan Abu Nastan, blessed the grooms, in addition to praising the people of Amran for being one of the first people in defending the country in various fronts.

Dec. 9: An update of the Saudi crimes, violations in Yemen