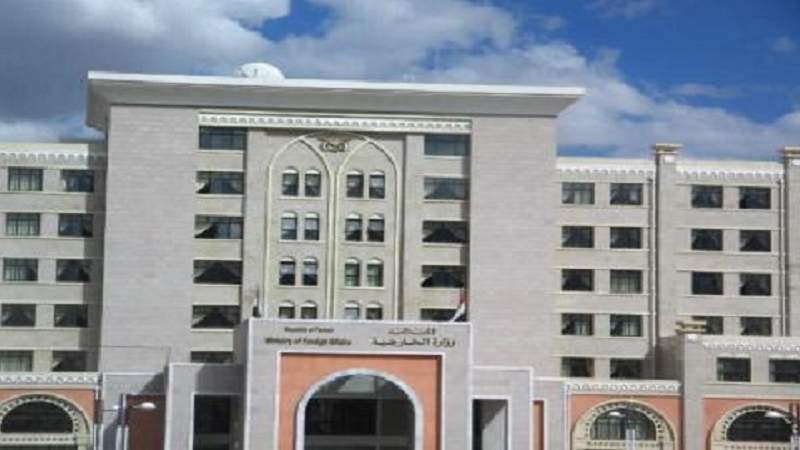 An official source at the Ministry of Foreign Affairs mocked the attempts of the countries of the aggression coalition and its supporters to evade their crimes conducted in Yemen, the latest of which was the statements made by the US envoy to Yemen, which included his country’s support for a new mandate from the United Nations to enhance accountability in Yemen.

The source confirmed in a statement to the Yemeni News Agency (Saba) that the leaders of the Saudi and Emirati military and political regimes, led by Washington, London and a number of other capitals, are the ones who must be ensured that the aggression’s coalition does not escape accountability for violations and crimes caused by the coalition of aggression.

The source explained that these violations and war crimes were carried out with logistical and intelligence support, as well as providing weapons and ammunition that are sourced from the warehouses of the Pentagon, the British Army, and a number of arms factories in Europe and others.

The source noted that the huge quantity of guided missiles and munitions of all kinds and the latest missiles and cluster bombs carried by the US and British planes were used in bombing civilian and service facilities and infrastructure, causing thousands of casualties.

The source considered the statements of the US envoy to Yemen as an attempt to beautify the ugly image of the US administration and fabricated the realities of matters on the ground, to make the coalition of aggression innocent in front of the international community and portray the situation in Yemen as an internal conflict or civil war, in anticipation of any signs of real peace in Yemen, Pointing out that this It comes within the framework of the political maneuvers that precede the UN Security Council sessions on Yemen, which are held from time to time without the participation of Sanaa, “the decision-maker”.

The source stressed that if the United States was honest in what it claims, it would have ordered its tools to stop the aggression and the siege imposed on Yemen, which was announced by Washington, instead of continuing to supply the Saudi state of aggression with weapons to kill the Yemeni people.

The source reiterated the demand for the formation of an independent international committee to hold accountable the perpetrators of these violations and war crimes against the Yemeni people, regardless of their characteristics or positions in their countries, and that this process starts from Riyadh, Abu Dhabi, Washington, London and the main European capitals, and everyone related to the war on Yemen.