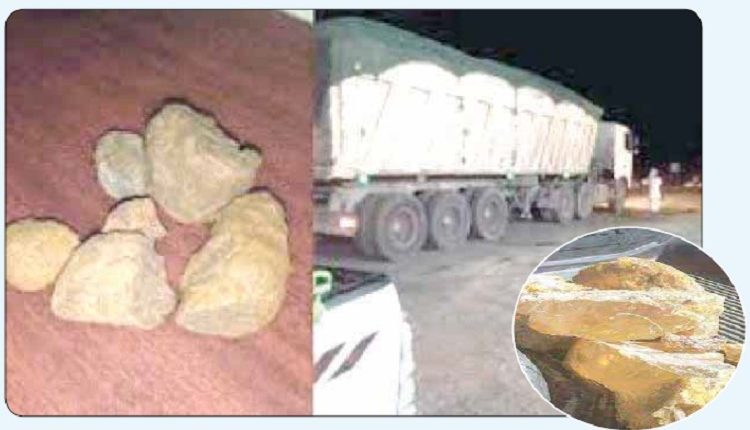 Coalition forces continued to carry out a large-scale of looting smuggling operation of wealth in Hadhramaut province, including gold, oil and gas as part of the systematic looting Yemen’s wealth

over the past two day, local sources in Hadhramaut province revealed a major smuggling operation of minerals extracted from the governorate’s mines for the benefit of influential people in the Hadi puppet government.

The sources reported that the tribes had found tankers to smuggle extracted minerals, noting that the driver of one of the arrested trucks had given a bribe to the tribal check point worth 7,000 Saudi riyals, about 2.8 million Yemeni riyals, in exchange for allowing him to pass, which prompted the inspection of the truck. It contains quantities of materials believed to be extracted from gold mines.

It is noteworthy that, a week ago, a number of Hadhramaut governorate tribes imposed checkpoints in different areas of Hadhramaut Valley, including the “Assam” and “Faghma” obstacle, east of Tarim, with the aim of preventing the smuggling of oil, fish and wealth in Hadhramaut for the benefit of influential people in Hadi’s – pro aggression- government.

The organized looting of Yemeni oil comes while Yemenis are suffering from multiple crises as a result of the aggression and the siege, one of which is the interruption of salaries. This looted wealth is enough to cover the salaries of all state employees and more, as confirmed by the recent statistics of the Ministry of Oil.