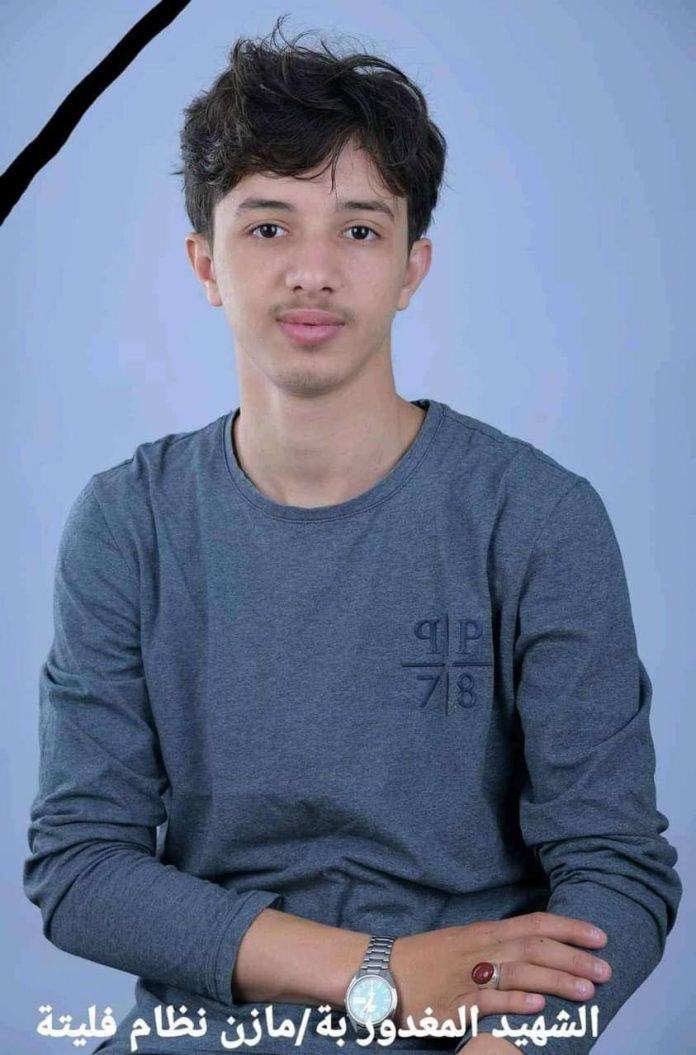 Insan Organization Condemns The murder and looting of Child

A rights group condemned the crime of murder and looting of the child Mazen Fleetah at the hands of criminal gangs while passing through the desert linking the governorates of Marib and Al-Jawf.

In a statement, Insan Organization for Rights and Freedoms denounced the continuation of these heinous crimes against travelers in the areas controlled by the US-Saudi aggression and mercenaries, including the killing of Abdulmalik Al-Sanabani and Dr. Atef Al-Harazi at the point of Tur Al-Baha and many other victims.

The organization stressed that the state of chaos and insecurity prevailing in the occupied areas has caused a lot of heinous and horrific crimes against travelers.

It also indicated that the closure of Sana’a Airport enabled these gangs run by the occupation to cut off travelers, loot and kill them on the public roads located in those areas.

The organization demanded that the perpetrators be prosecuted and brought to justice to receive their deterrent punishment, stressing that what these gangs do of cutting, looting and killing citizens are crimes that contradict with all laws and customs.

Mazen Nizam Felita was killed at the hands of bandits in the areas controlled by the forces of the US-Saudi aggression and mercenaries in the desert linking the governorates of Marib and Al-Jawf.

Local sources indicated that unidentified gunmen on board a car intercepted the car of Mazen and his companion while they were leaving the city of Marib towards Al-Jawf governorate, returning from Al-Mahra to their family in Hajjah Governorate. The gunmen fired them with a hail of bullets, as a result of that, Mazen was hit by a fatal bullet in the chest. He was then taken to a hospital in the city of Marib, where he died an hour after his arrival.

Saudi Aggression Warplanes Launched Series of Raids on The Capital