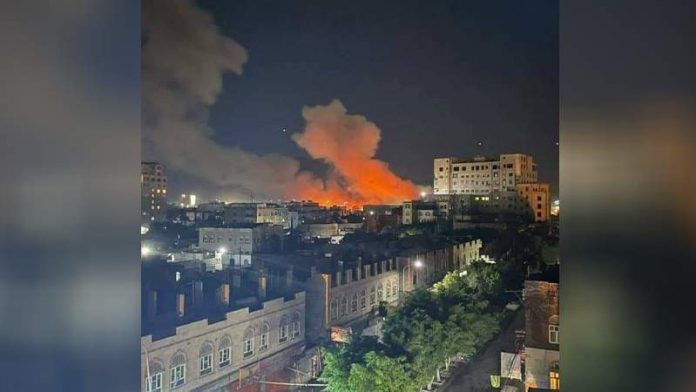 Saudi Aggression Warplanes Launched Series of Raids on The Capital

Saudi aggression warplanes have launched a series of raids on the capital Sana’a, a security official said.

He said a number of citizens’ houses have been damaged.

The official added the aggression’s warplanes targeted directly al-Sabeen Bridge in al-Sabeen district with a raid, causing fears among people.

The People’s Mosque, located in al-Sabeen area in the center of the capital Sana’a, was also damaged.

Insan Organization Condemns The murder and looting of Child