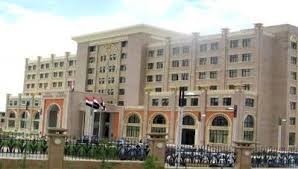 An official at the Ministry of Foreign Affairs confirmed the funding of the US-Saudi aggression to the governments of complicit countries will not erase its criminal records in Yemen.

In a statement, the official said it is not surprising the remarkable surge and the wave of collective statements by a number of countries that benefit from the economic and financial capabilities of the US-Saudi-Emirati aggression in which they denounce Sana’a’s response to the brutal attacks, killings, and destruction carried out by the aggression aircraft on the capital Sana’a and a number of provinces during the past 72 hours.

He pointed out the international community, the Security Council and the countries of the world should realize that the aggression and those involved in its umbrella aim to keep Yemen’s situation in the forgotten war category.

The official said the aggression countries and those governments seek to portray their criminal operations against civilians and their bombing and destruction of civilian objects in Yemen as legitimate as if they were a picnic and an exercise that did not deserve to be responded to with similar bombing or destruction of the sources of aggression in Saudi Arabia and the UAE, which are the military bases and military and economic facilities related to the crimes perpetrated in Yemen.

He stressed that Sana’a will not allow those aggressors to commit their crimes by using the violated Yemeni airspace without a response or punishment.

The official explained that the aggressors are screaming and seeking refuge in the world today, because of Sanaa’s defense of the Yemeni people, based on the principle of the right of self-defense and in response to their bombing and attacks that are only approved by the law of the jungle that Saudi money and deals are trying to impose with American and European governments and their arms factories.

He stressed that the funds and credits of the aggression in favor of complicit governments will not erase the reality and details of war crimes in Yemen and that the aggressors must stop their aggression and arrogance, and take the path of true peace by leaving Yemeni lands, listening to the voice of reason, and searching for peace based on the principle of mutual respect and non-violence and not interfering in the internal affairs of others, and preserving the rights of all parties.

He also stressed that there is no room for Riyadh and Abu Dhabi, and any of the two countries, to impose any conditions of occupation that the Yemenis would not accept, even if all the forces of the land are complicit with them came together.

The official pointed out that the Supreme Political Council and the National Salvation Government are still, contrary to what the media of aggression and complicit countries are trying to spread, support options for peace, and call for its establishment and the cessation of aggression, on the basis of a just and comprehensive peace that brings security and stability to Yemen and its people, not the surrender that the aggression is looking for by the aggression.