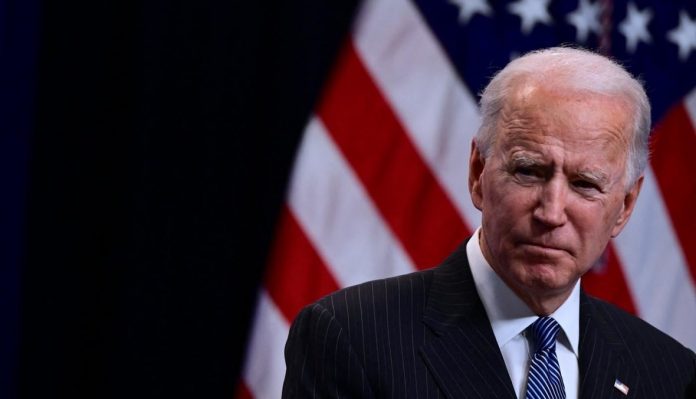 Biden Is Wrong. There Is No Such Thing As “Defensive” Saudi Weapons in the War on Yemen.

At a 2019 Democratic primary debate, candidate Joe Biden pledged to stop U.S. arms sales to Saudi Arabia. Once in the White House, in February 2021, President Joe Biden claimed he would end all U.S. support for ​“offensive operations” in Yemen. And yet, Biden is now backing a proposed $650 million sale of air-to-air missiles and launchers to Saudi Arabia, an apparent betrayal of his campaign-trail promise.

The deal is setting up a fight in the Senate, where Sen. Rand Paul (R‑Ky.) is planning to force a vote on a joint resolution to block the weapons transfer, along with Sens. Bernie Sanders (I‑Vt.) and Mike Lee (R‑Utah). This would be the first Senate vote on the Yemen war during the Biden administration and would force Democrats — who opposed the war under former President Donald Trump but have been less legislatively aggressive under the Biden administration — to publicly state their positions.

The Democratic Party rightfully opposed U.S. participation in the Yemen war under Trump, railing against the horrific civilian death toll caused by the Saudi-led coalition and uniting behind a War Powers Resolution to compel an end to the war. (Trump vetoed the resolution in April 2019.) In light of the dismal humanitarian crisis unleashed by the more than six-year-long U.S.-backed war, which has left over half of Yemen’s population without enough to eat, the Biden administration is turning to a peculiar rationale for ongoing U.S. participation. The White House says it is only supporting weapons sales it deems ​“defensive.”

The missiles proposed in the $650 million deal, a State Department spokesperson said, will only be used for air defense and are, therefore ​“in keeping with the president’s commitment to supporting the territorial defense of Saudi Arabia.” Such an argument allows the Biden administration to distance itself rhetorically from the well-known abuses of the war while continuing its material support for Saudi Arabia. This is the same war the United States backed during the Obama administration and then under Trump, but Biden now claims to somehow be able to identify, isolate and support only those Saudi actions aimed at protecting — not taking — human life, despite the Saudi-led coalition being responsible for the vast majority of civilian deaths.

Since August 2016, airstrikes have forced the closure of the Sana’a airport in western Yemen, a reality that persists to this day. As recently as March 2021, Saudi Arabia bombed the runway of the airport, according to the Yemen Data Project. Having a functioning airport is critical for the free flow of commercial products, humanitarian goods, and people. If Saudi Arabia is able to purchase more weapons that it can use to menace those trying to use the airport, this will only strengthen its ability to continue shuttering the transport facility. Air-to-air missiles, after all, can shoot down planes, and given the Saudi, coalition’s proven track record of targeting civilians and their infrastructure—including at Sana’a airport — such attacks are certainly not below the Royal Saudi Air Force. Saudi Arabia has created a climate of violence and intimidation that prevents aid workers from even trying to access the airport, whether to move goods or people in and out; air-to-air missiles will only put more tools in its tool belt.