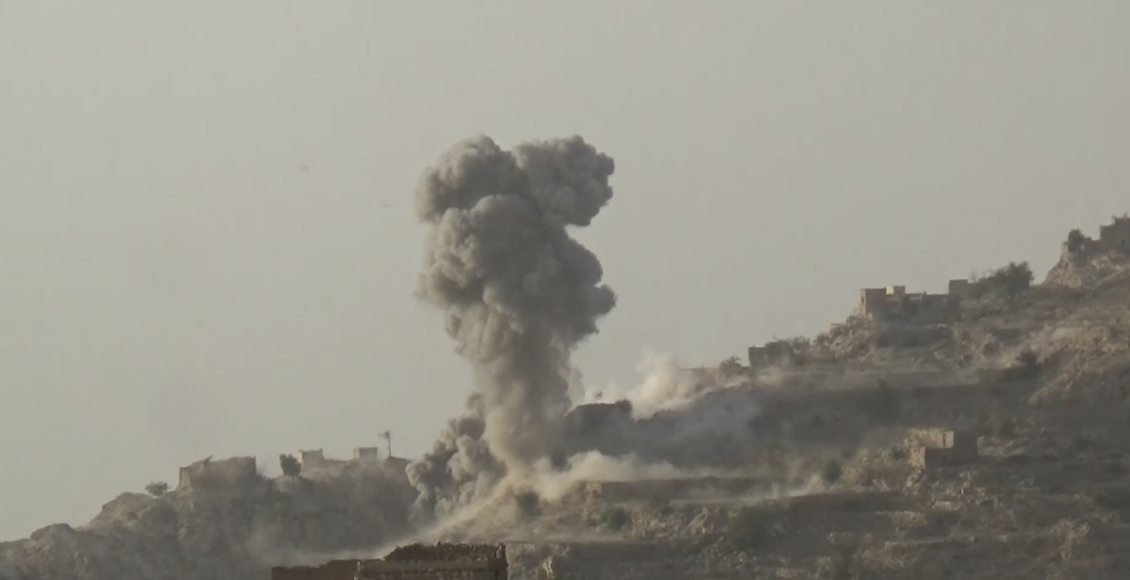 Last Thursday, the US-Saudi warplanes launched 19 airstrikes on separate areas in the governorates of Marib, Al-Jawf, Taiz and Shabwa.

A security source explained that the Saudi-led aggression launched 7 raids on Serwah district and 4 air raids on Al-Joubah district in Marib governorate.

The source added that 6 raids were conducted on Al-Barah area in Maqbna district of Taiz province, in addition to a raid on Markha district in Shabwa. Additionally, it carried out a raid on Al-Yatama area in Khub Al-Sha`af district in Al-Jawf.

With regard to the truce agreement in Hodeidah, a source in the Liaison and Coordination Officers’ Operation Room explained that the forces of aggression committed 123 violations on the Hodeidah fronts, including a failed infiltration attempt in Hays.

The source added that the Saudi violations included: 4 raids launched by combat drones on Maqbna, the hovering of warplanes and espionage drones in the airspace of Hays, al-Jabaliya, al-Faza and Maqbna, 32 breaches by artillery shelling, and 63 breaches using various weapons.

1483 civilian casualties by Saudi fire in Saada during 2021