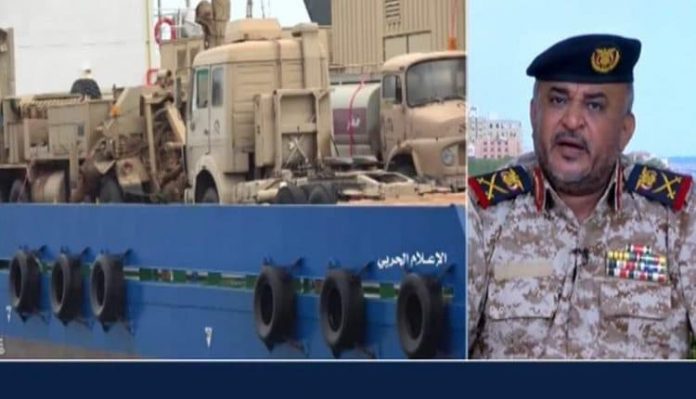 Coastal Defense Forces’ Commander: “Yemeni coasts are not for picnic”

The Commander of the Coastal Defence Forces of the National Salvation Government, Major General Mohammed al-Qadri, has on Monday stressed that “the Yemeni coasts are not meant for a picnic”, vowing to stop anyone enters Yemeni national waters illegally.

Al-Qadri said, in a press statement this evening on the seizing of an Emirati military cargo ship: “Whoever dares to enter our territorial waters without internationally recognized procedures will be stopped.”

He affirmed that the naval and coastal forces warned the Saudi-led coalition more than once that all their movements were being monitored; explaining that the Emirati military ship entered Yemeni waters at midnight on Sunday, and was under surveillance for a while.

“We are the ones who protect international waters, and everyone saw the falsehood of the coalition and saw that the ship was not carrying medical supplies but was on its way to the port of Mocha,” al-Qadri added.