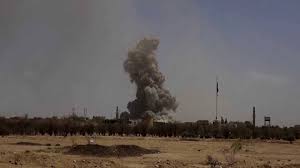 The US-backed Saudi brutal aggression launched four raids on the outskirts of the city of Saada, which led to the death of two citizens as a preliminary toll, a local source reported.

The source condemned the continuation of the aggressive coalition in committing crimes against civilians.