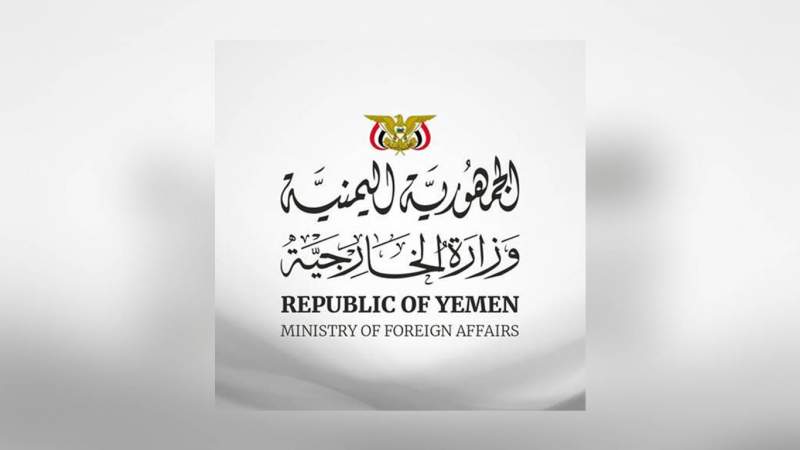 Foreign Ministry: What the aggression’s spokesman has presented about the ports of ‘Hodeidah and Ras Issa’ is only media fabrication

An official source in the Yemeni Ministry of Foreign Affairs had expressed its strong condemnation of the attempts to escalate military operations led by the Saudi government, “through the vulgar and cheap methods that exposed the goals that were used in targeting Sana’a International Airport.”

The source said, in a statement to Saba News Agency, that “the farcical attempts to justify the aggression coalition’s targeting of Yemeni ports are nothing more than a cheap cinematic move that shows the world the catastrophic failure that Saudi Arabia is experiencing in its war against the Yemeni people.”

The source explained that “what was presented by the spokesman of the aggression coalition Turki al-Maliki, yesterday afternoon, is a media fabrication that is poorly prepared and directed, not up to the level of the capabilities of the international intelligence services, and will undoubtedly be exposed by the satellites of many countries that monitor the sea and land movements in the areas of operations, which the spokesman claims to be in the Red Sea and Gulf of Aden.”

He pointed out that “Saudi Arabia realizes now that it is the party and the main reason for turning the Red Sea and Bab al-Mandab region into a field of military operations through its aggression, which began eight years ago, and its continuous operations in transferring weapons and combat equipment to its militias using the Red Sea, in addition to occupying many Yemeni islands, and targeting civic objects and citizens along the Yemeni coast.”

The source pointed out that “Saudi Arabia is carrying out many actions in violation of international law and the sovereignty of countries in moving and using the sea straits.”

The Foreign Ministry source also stressed that “Sana’a is the one caring about maintaining the security of maritime navigation and freedom of navigation in the vicinity of its coasts, as it is linked to the import of the Republic of Yemen’s needs of commercial goods, oil derivatives, and food aid for the benefit of the Yemeni people.”

With regard to the Emirati ship Rawabi and other ships that were within the scope of the operations of the Yemeni Defense Forces, the source said: “The current situation of the naval operations area along the Yemeni coast shows and confirms the contribution of these targets, directly or indirectly, to the military aggression against Yemen, which legitimises and allows the Defense Forces to consider them as legitimate military targets used by Saudi Arabia and its allies in the context of its aggression against Yemen.”

The source stated that “Sana’a will address the Security Council and the international community with all the details and clarification on the Saudi escalation.”

Moreover, the source stressed that Saudi Arabia and its allies “want to move freely in the atmosphere, lands and coasts of Yemen so that they can practice all violations of international laws and have control of other countries’ sovereignty over its waters and coasts, and they do not want to find someone who deters them from their heinous actions.”

The source concluded the statement by saying: “Saudi Arabia and its allies are trying, through their media, to appear as a country of peace, while the Kingdom of Saudi Arabia – and behind it the Western countries and the United States, are the main reason for creating all the problems and abuses, and turning the Red Sea and the Bab al-Mandab Strait into a possible battle arena, which will explode the situation in the region. This is evidenced by the remarkable presence of these countries’ forces and their ongoing naval maneuvers along the coast of the Red Sea and the Gulf of Aden.”