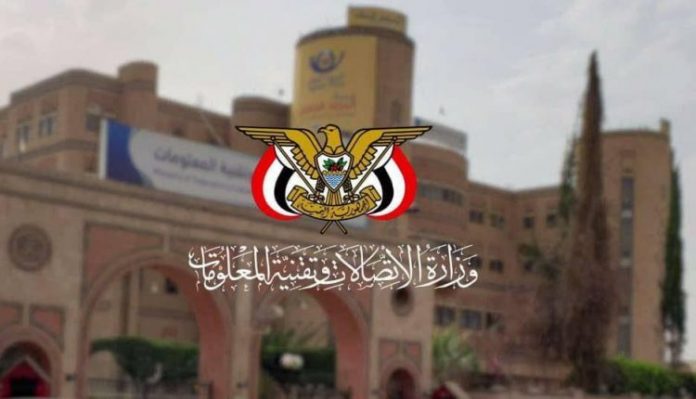 Telecom ministry: the return of the Internet to all regions in Yemen after its stoppage for days

The internet service returned on Tuesday to all provinces of the country after the technical teams succeeded in repairing the damage left by the Saudi-led aggression coalition airstrikes on the international internet portal in Hodeidah city, western Yemen.

The Ministry of Telecommunications and Information Technology announced in a statement the return of internet services to normal in all provinces, after the technical teams succeeded in completing the first stages of repair operations.

The statement confirmed that the internet service was restored after an interruption of more than 96 hours after the US-Saudi-Emirati aggression coalition aircraft targeted the telecommunications building in Hodeidah province with air raids, which led to the complete destruction of the international internet gateway and the complete isolation of Yemen from the world.

The ministry said, “this new crime caused direct harm to all Yemenis without exception and revealed the extent of the aggression countries’ hatred and hostility to the Yemeni people.”

In its statement, the ministry called on the United Nations to assume its responsibility and work urgently to secure the arrival of the additional technical equipment necessary to complete the maintenance work for the international internet portal.

The ministry strongly condemned the disgraceful silence of the international community and its condoning of the US-Saudi-Emirati coalition crimes in Yemen.