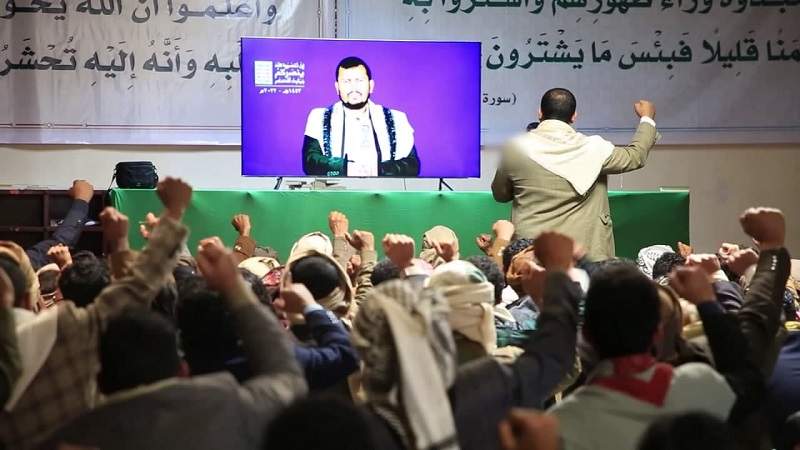 Leader of the Yemeni Revolution Sayyed Abdulmalik Al-Houthi, last Tuesday, met with a delegation from the tribes of Khub Washa’af, Al-Yatama, and Dahm of Jawf province, and a delegation from Al-Abdiyah tribes from the province of Marib.

During the meeting, Sayyed Abdulmalik assured that security, stability, understanding and brotherhood must exist between the people of Jawf.

Sayyed al-Houthi called for general reconciliation and cooperation between the official and popular sides to resolve the problems, expressing his happiness with all the visits and meetings that establish brotherhood and cooperation among the Yemeni people.

The Leader of the Revolution pointed out that the Americans and the Israelis are the real enemies of Muslims, and they seek to exploit problems inside the nation to serve their goals.

‘The enemies are making efforts to separate the people of the country and to stir up discord among them under several headings,” Sayyed Abdulmalik said.

He indicated that the positions of the Emirati and Saudi regimes with the Israelis against the Yemeni people are announced in their meetings.

PM to Monte Carlo: Sana’a only used 1 % of deterrence operations against aggression