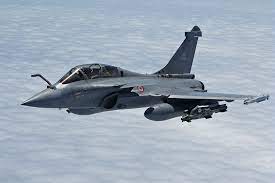 French Minister of the Armed Forces, Florence Parley, had announced her country’s intention to provide military support “to ensure the security of the UAE’s airspace” after it had been bombed by Yemeni strikes.

“The United Arab Emirates was the victim of serious attacks on its territory in January. In order to show our solidarity with this friendly country, France has decided to provide military support, in particular to protect their airspace against any intrusion,” Florence Parley said in tweet on Friday.

She added, “Rafale fighter jets, which belong to our permanent military base in Abu Dhabi, are thus engaged alongside the UAE armed forces in surveillance, detection and interception missions when necessary.”

The UAE has returned to the Yemeni field through escalation in Shabwah and Ma’rib provinces, supporting forces of al-Qaeda and other Salafist gangs, as well as providing heavy armed, financial and air support to the invasion forces, often leading to extensive civilian casualties in Yemen.

The Yemeni retaliation strikes that came in response to these crimes, have greatly shaken the stability of the UAE, prompting distress calls for help and protection.

The UAE recently bought 60 French Rafale aircraft, in the biggest arms deal between the two countries and a sign of French support to the war against Yemen.