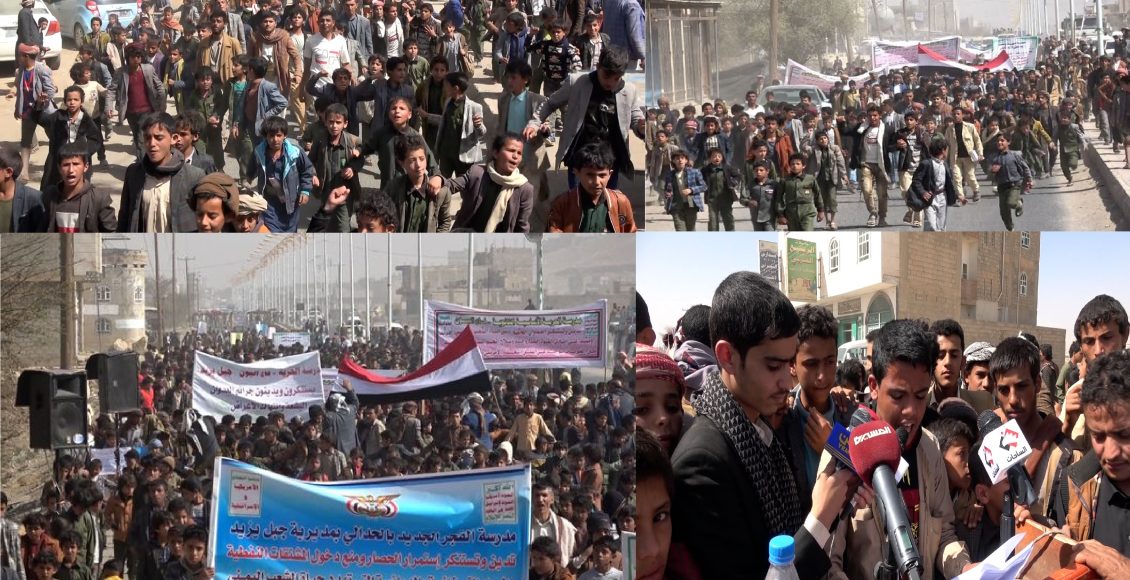 The local authority, the Education Office, teachers and students of the eastern quarter of Jabal district, Amran Governorate, organized a rally on the occasion of the anniversary of “Friday of Rajab”, denouncing the continued aggression and siege, and the US-backed Saudi-UAE escalation.

The participants raised slogans and chants denouncing the crimes of the Americans, in addition to their pubets, the UAE and Saudi Arabia, for the targeting of civilians and civic objects, and the continuation of the siege for the seventh year in a row, in light of the silence of the United Nations and international organizations.

A statement issued by the rally blessed the “Yemen’s Hurricane” operations that targeted the Saudi and Emirati depths.

The statement considered these operations a legitimate response to the crimes committed by the coalition of aggression, stressing the continuation of mobilization and providing the fronts with money and men to confront the US-led escalation. The statement stressed the need to enhance cohesion and alignment in Facing the aggression and thwarting its plans.

Over 2,500 cluster bombs and mines destroyed: Mine Management Center