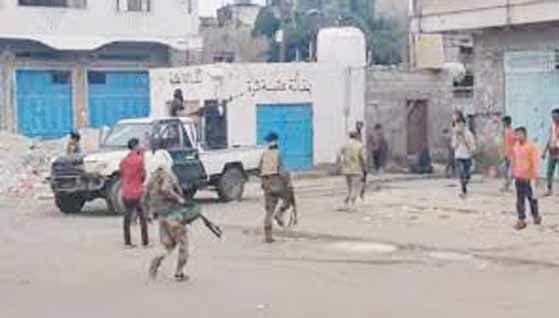 Local sources explained that the confrontations expanded between the STC elements, amid uncertainty surrounding the fate of the mercenary government ministers who were trapped as a result of the clashes near their meeting place.

The confrontations that erupted this morning in Khormaksar, between a faction loyal to Shallal Shaye led by Samed Sanah on one side, and another affiliated with the emergency forces in the so-called Security Belt led by Muhammad al-Khali on the other, extended to the Al-Mansoura district, sources added.

Violent explosions shook the city as a result of shells used in the confrontations.