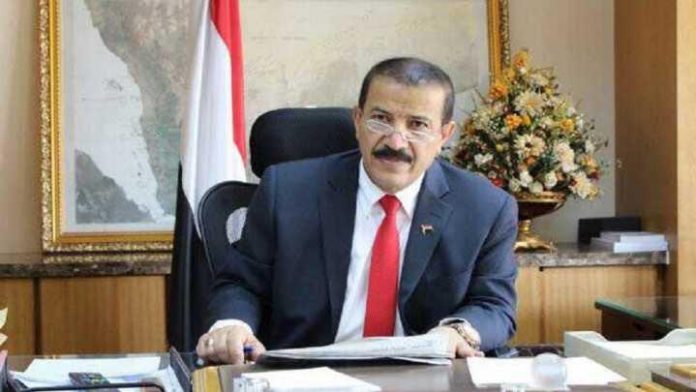 Foreign Minister Hisham Sharaf on Sunday expressed the condolences of the National Salvation Government to the Moroccan people and the family of the child “Rayan”, who died last Saturday, five days after he fell into a well in Chefchaouen.

The Minister of Foreign Affairs stated while the Yemeni people interacted with the incident of the child “Rayan”, and deeply regretted his death, it reminds the Arab peoples and the peoples of the world about the painful reality of the suffering of millions of Yemeni children and their families, who are living under a comprehensive siege due to their relentless war, and deprivation of the most basic child rights.

Sharaf stressed that the lives of Yemeni children have become meaningless to advocates of childhood rights and the international community as a whole, as they have been deprived and are still, of their most basic rights, and there are hundreds of thousands of Yemeni children suffering greatly as a result of the US-Saudi-Emirati aggression.

Minister Sharaf pointed out Yemeni children risk their lives every day for seven years when they go to school due to the continuation of the aggression attacks on schools and buses. He said: “The continuation of the aggression by the governments of Saudi Arabia and the UAE against the Yemeni people is a dangerous transgression that history will not forget, and it will be a black point in the history of relations between Yemen, Saudi Arabia and the UAE.” The Minister reiterated the necessity of ending the aggression, stopping all military operations in the Yemeni territories, lifting the siege, and opening air, land and sea ports, foremost of which Sana’a International Airport for civil and commercial flights.

Rally in solidarity with Yemen held in Brussels