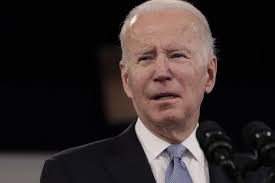 Biden Reaffirms US support to the Saudi Aggression on Yemen

US President Joe Biden reaffirmed the United States’ “commitment to support” Saudi Arabia against the reprisal during a phone call with Saudi King Salman bin Abdulaziz Al Saud, according to a White House readout of the conversation.

Saudi Arabia has been leading the war since 2015 in a failed attempt to change Yemen’s ruling structure in favor of the country’s former Riyadh- and Washington-allied regime.

Besides leaving a dreadful trail of death and destruction, the war and a simultaneous siege has turned Yemen into the scene of the world’s worst humanitarian crisis.

Last year, Biden raised hopes of ending the US involvement in the military campaign by announcing an end to Washington’s assistance for Saudi Arabia’s “offensive operations” in Yemen, as well as “relevant arms sales.”

Later, however, his administration gave the go-ahead for a $650 million sale of air-to-air missiles to Riyadh, as well as a $500 million helicopter maintenance deal.

The American president’s pledge of support to the kingdom came less than a week after the White House sent Frank McKenzie, the US general in charge of the American forces in the West Asia region, to the United Arab Emirates—Riyadh’s main ally in the Saudi-led coalition—to verify Washington’s backing for Abu Dhabi against Yemeni counteroffensives.

The Yemeni forces that feature the army and its allied fighters from the Popular Committees have, however, vowed not to lay down their arms until the country’s complete liberation from the scourge of the Saudi-led and US-backed invasion.

40 merc. killed in clashes with army in Hajjah province