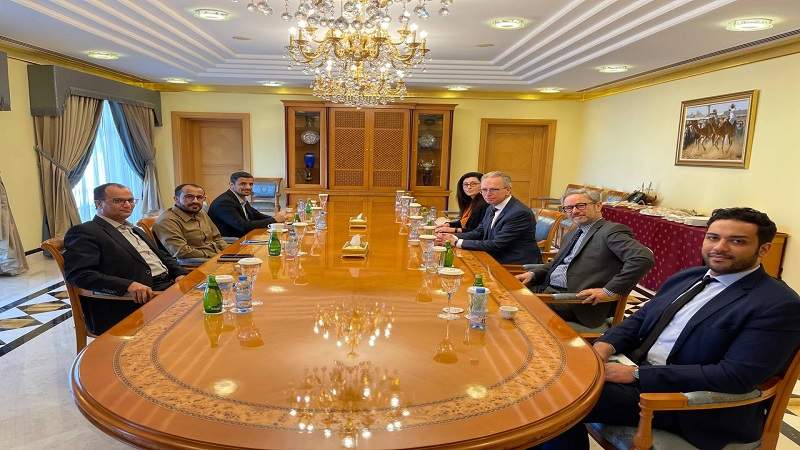 ِThe head of the Ansrollah Delegation negotiating , Muhammad Abdulslam , met, , the Director-General of the Middle East and North Africa region, along with the official of the Gulf and Yemen office in the European Union and their assistants.
The meeting discussed the deteriorating humanitarian situation in Yemen, the effects of the siege on the lives of Yemenis, humanely and economically, and the prospects for a political solution after the end of the siege and the cessation of attacked.

US Central Command Admits to Failure of Surveillance Missions Against Yemen