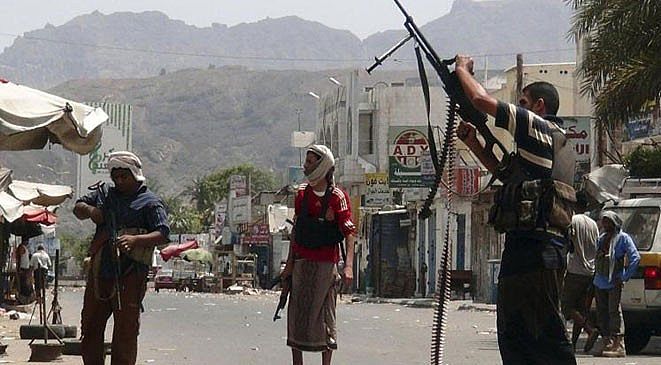 Violent clashes erupted, on Wednesday, between Emirati factions in the city of Al-Khokha, south of the Yemeni governorate of Al-Hodeidah.

Military sources confirmed that fierce clashes erupted between al-Tuhami factions and gunmen affiliated with the joint forces led by Tariq Saleh, after the Emirati factions refused to submit under Tariq’s wing.

The sources pointed out that the clashes resulted in the killing and wounding of a number of gunmen from both sides, noting that the Tuhami brigades had set up checkpoints at the entrances and exits of the city, in anticipation of the arrival of reinforcements from the joint brigades stationed in the city of Mocha.

During the past hours, the city of Al-Khoukha witnessed acts of sabotage and looting of citizens’ properties by the warring factions.

Disagreements have been escalating within the coalition factions stationed on the west coast recently, in light of wide splits in the brigades led by Tariq Saleh.

Foreign Minister: It is ridiculous that one of aggressors adopted resolutions against Yemen in Security Council

Governor of Marib discusses with MSF Org. the needs of the health sector