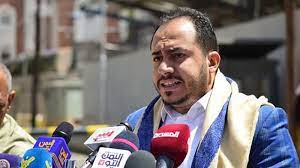 Yemen Petroleum Company, YPC, sounded a warning, on Wednesday, that Yemen is witnessing the most severe fuel crisis since the beginning of the US-Saudi aggression and siege seven years ago.

YPC spokesman, Issam Al-Mutawakel, said that “the queues for citizens’ cars to fill up gas extend more than 3 kilometers at the gas station in various governorates.”

He explained that the initiative of the company to eliminate the manifestations around the fuel crisis is ongoing, saying that all fuel tankers are not allowed to reach to the port of Hodeidah which the Saudi-led aggression is not admitting.

Al-Mutawakel stated that one of the arbitrary measures imposed on the fuel tankers awaiting to reach the port is to purchase the fuel from Emirates, and for a French company to seal and inspect the tanks of each ship, after which the ships are then taken to the port of Djibouti for inspection and granting entry permits, yet piracy continues and taken to Jizan port.

He added, “We always wonder about the feasibility of granting fuel tankers the UN permits and the justifications for piracy by the aggression in international waters.”

YPC had stated earlier today that the Navy of aggression had seized the emergency fuel tanker, and prevented it from reaching the port of Hodeidah, despite its inspection and obtaining the UN permit.