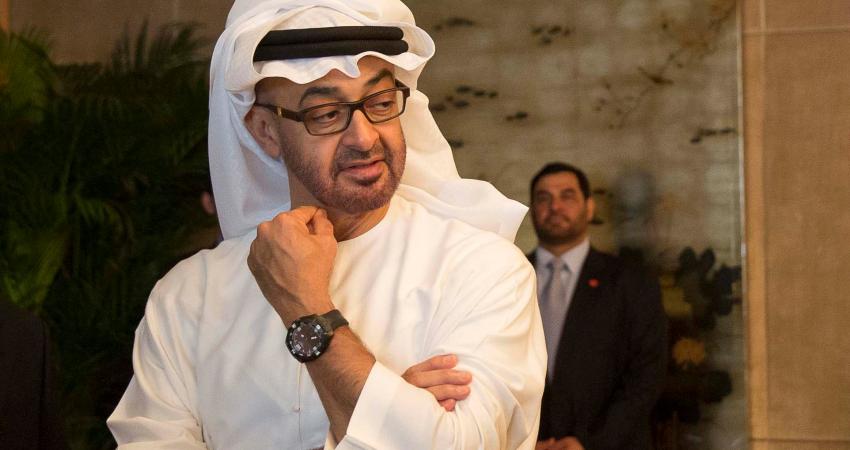 With the start of aggression against Yemen, the UAE beside Saudi Arabia along with its criminal attacks has followed occupational goals in the Arab country.

The presence of UAE-affiliated forces in southern Yemen and the country’s support for the Southern Transitional Council (STC), with an understanding of the strategic position of the southern Yemeni ports and islands, has been aimed at dominating these areas, especially the Yemeni island of Socotra. Although the UAE has always pursued military, political, and cultural measures to dominate these areas since the beginning of the war, in recent months Abu Dhabi’s expansionist aspirations in Yemen have been more clearly expressed by Emirati officials, which may mean time has come for implication of their partitioning plans in Yemen.

Called a paradise on earth, the Socotra archipelago, with an area of more than 3700 kilometers, consists of 6 islands in southern Yemen and is located at the mouth of the Gulf of Aden, 240 kilometers east of Somalia. Its pristine and unique nature has led to its inclusion in the UNESCO World Heritage list. It is located in the western Indian Ocean and is a bridge between the two continents of Africa and Asia, and the strategic location of the Bab al-Mandeb Strait even adds to the importance of the archipelago.

With the start of the Saudi-led Arab coalition’s aggression against Yemen in March, Riyadh and Abu Dhabi sought to secure their own interests and goals from this aggression. Saudi Arabia focused on northern Yemen to control its oil resources by weakening and destroying Ansarullah resistant movement. The UAE, along with Saudi Arabia, initially joined the Saudi efforts against Ansarullah, and then sought to dominate the strategic islands and ports of southern Yemen by equipping its loyalist forces and supporting the STC. In 2016, the country established a military base on Socotra, and finally in May 2018 took ful control of the island.

Since the occupation of the island of Socotra by the UAE in 2018, the country has taken various measures to establish its influence and dominance on the island to gradually separate it from Yemen and annex it. In line with this aggressive intention, Abdul Khaliq Abdullah, an adviser to Abu Dhabi Crown Prince Mohammed bin Zayed Al Nahyan, in a Twitter post on Wednesday said: “Good morning from Socotra. Socotra is said to be the bride of the ocean, it is said to be the southern jewel of Arabia, and it is said to be the most beautiful island in Yemen. Some of the good people I spoke to wish that this island would be the eighth emirate of the UAE.”

This claim is made while despite the efforts of the UAE in recent years to change the culture and demographic context of Socotra, providing training courses for children and buying lands from the locals, there is no wish for this region to be occupied and annexed to the UAE. The Emirati measures have drawn reactions of the National Salvation Government (NSG) in Sana’a. The Minister of Foreign Affairs of NSG Hisham Sharaf warned Abu Dhabi about its intentions in Socotra, saying “If you don’t leave our lands and islands, fire will reach you soon. The Emirates actions on Socotra and Mayyun islands are against international law and cannot be ignored. We advise the rulers of Abu Dhabi to take care of their lands and government within the UAE borders and we warn them that our country is able to get them back on track.”

One of the goals of the UAE is to dominate Socotra and expand economic interests by controlling this important and strategic archipelago on the Bab-el-Mandeb Strait, so that through its ownership of the island, it can expand its trade area regionally and internationally. The country also considers any plan by regional states to develop ports and islands as a threat to its economic interests. This thought motivates it to push for control of vital ports in the region to realize its economic aspirations.

Abdelwahed al-Ubli, a Yemeni economic analyst, said that Emirates does nothing to develop infrastructure of the Yemeni ports. In 2012, the DP World canceled a deal to expand and administer Aden Port. This Emirati policy, al-Ubli said, is meant to prevent regional ports development, so that it does not lose the economic position of Port of Jebel Ali.

“Existence of service ports rivaling Dubai ports is in conflict with the policies of the UAE, and after a few years the use of the port of Dubai and other Emirati ports may be limited to the export of petroleum products,” he went on.

In the past two years, the UAE has also increased its relations with the Israeli regime in various areas, including economy, trade, intelligence, security, and military. It intends to control most of Yemen’s southern ports to reduce Ansarullah threats to the Israeli movements in the region, as well as secure a trade line with Tel Aviv.

In the meantime, in addition to establishing military bases and runways, the UAE has increased its cooperation with the Israelis in the field of installing spy equipment on Socotra Island so that it can increase its capacity to compete with Iran and Ansarullah on the one hand and Saudi Arabia on the other hand.

However, with Ansarullah increasing its deterrence and launching retaliatory attacks on the UAE, the Arab country sees its security, especially security of its economy and investments, exposed to Ansarullah military responses. If these measures on the Yemeni soil continue, not only they would not bring any interests to Abu Dhabi but also they can be detrimental to its security and economy.