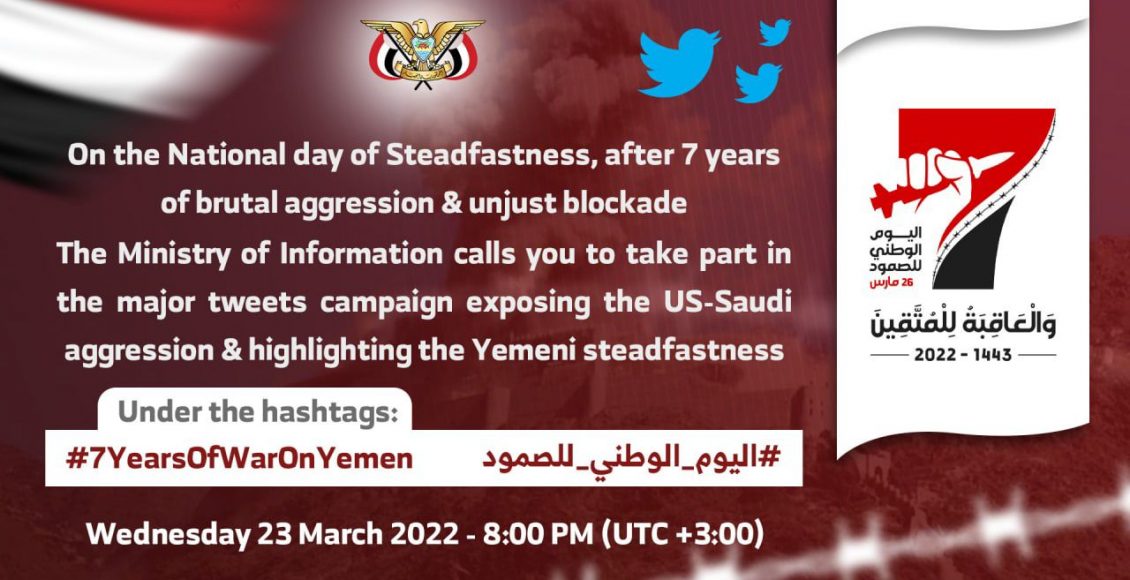 A campaign of tweets was launched at eight o’clock this evening on the social networking site “Twitter”, marking seven years of the US-Saudi-Emirati coalition’s aggression and siege on Yemen.

The campaign, which is in Arabic, English, French, German and Spanish, aims to expose the aggression crimes against the Yemeni people and their capabilities, highlight popular steadfastness in the face of the aggression, and expose the United Nations silence and complicity, and the direct US role in the aggression against Yemen.

The campaign organizers called on all media men, activists and people of good conscience around the world to participate widely in the campaign tweeting on the two hashtags:
#7YearsOfWarOnYemen
#National_Day of Steadfastness
And the tweets bank link: bit.ly/7yrs_war

Yemen’s Service Sectors Warn Of Suspension Due To Saudi Siege