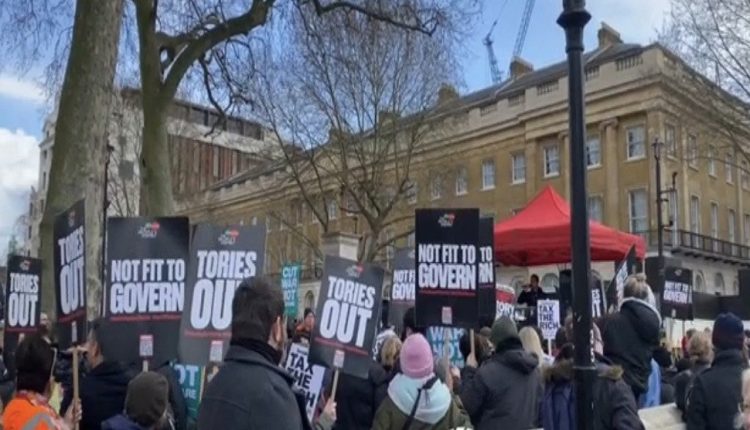 Dozens of citizens gathered in London to protest against rising gas and electricity prices, calling on British Prime Minister Boris Johnson to resign.

The demonstrators marched to Prime Minister Boris Johnson’s residence and demanded his resignation. Protests have also been widely reported in other cities, particularly in Liverpool and Manchester.

The price threshold for gas and electricity has been raised by 54% in Britain, which suppliers cannot exceed.

The changes came into force in April when the price cap was updated .