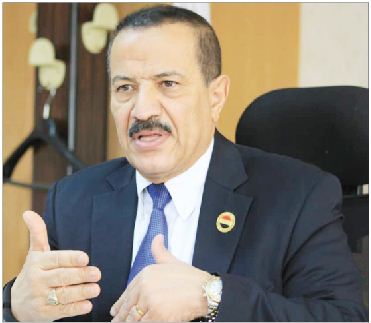 During the meeting, they discussed the latest developments in the national arena, including those related to the armistice and efforts to stop the aggression against Yemen.

In the meeting, the foreign minister stressed the need for the world to understand the grievances of the Yemeni people, their steadfastness in the aggression faced, and the comprehensive siege. He pointed out that the leadership in Sana’a has repeatedly stressed that its hand is still extended toward a just and honorable peace for the Yemeni people.

He added that the seriousness in showing the intentions of peace on the part of the other side, led by the the2 countries of the Saudi-UAE aggression, must be translated into practical and tangible steps felt by the Yemeni people who suffer from the worst humanitarian catastrophe as a result of the aggression. Also, domestic gas to the port of Hodeida, and the reopening of Sana’a airport without any logistical or bureaucratic obstacles to the commercial movement, civil flights, and the Yemeni citizens’ movement.

One Other Hand, the UN envoy clarified that there is an opportunity to consolidate the temporary truce and turn it into a comprehensive cease-fire, leading to a peaceful political settlement, stressing that the Yemeni people deserve all support after suffering.