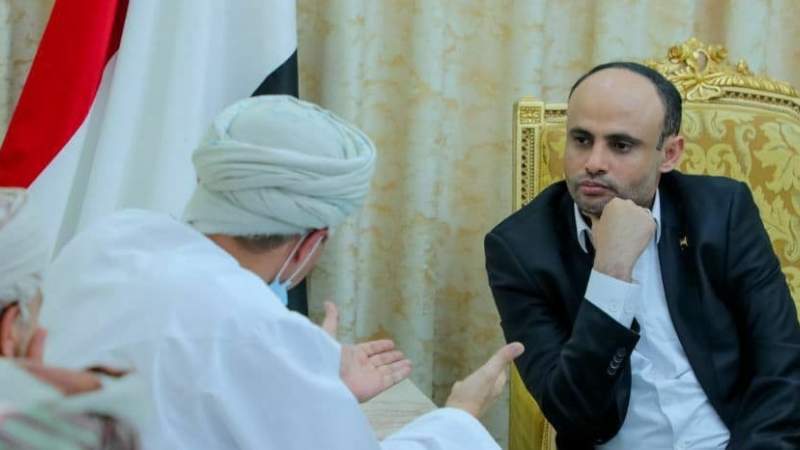 President of the Supreme Political Council Mahdi Al-Mashat on Monday met here with the delegation of the Sultanate of Oman visiting the country as part of the Omani efforts to bring peace to Yemen.

The meeting discussed the current developments on the Yemeni scene, the developments in the political process and the truce path recently announced by the United Nations, and the need to implement fully its provisions, as well as the Sultanate of Oman’s efforts to achieve a comprehensive peace in Yemen.

The meeting dealt with a number of files relating to the humanitarian situation of the Yemeni people and the difficult economic conditions caused by the US-Saudi aggression and the blockade.

At the meeting, President Al-Mashat welcomed the Omani delegation visiting the capital, Sana ‘a, and affirmed the Republic of Yemen’s appreciation to the leadership and people of Oman for their positive role in supporting the Yemeni people.

President Al-Mashat reaffirmed his firm position on the just and honorable peace sought by the Yemeni people and the realization of their aspirations for freedom and independence.