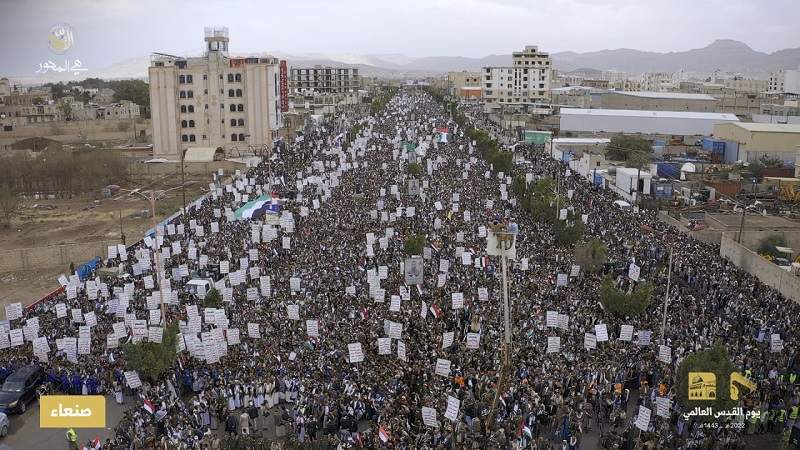 The Yemeni capital of Sana’a and other provinces have on Friday witnessed major mass rallies on the occasion of International al-Quds Day .

The mass crowds at the rally raised Palestinian flags and slogans, confirming that Palestine is the central cause of the Yemeni people as well as the Arab and Islamic nation.

The participants emphasised that the celebration of International al-Quds Day is an affirmation of the unity of the nation towards the Palestinian cause, and a direction of the compass of hostility towards the Zionist enemy that has usurped the Islamic lands and holy sites in Palestine.

They also condemned the violations against the  Palestinian people by the usurped Zionist occupying forces and their crimes against Palestinians and Islamic holy sites.

The Yemenis reiterated their principled position in supporting the people and the Palestinian cause, which has been and will remain the central and first issue of the Yemeni people despite the aggression and blockade they have been subjected to for the eighth year in a row.

Meanwhile, Grand Mufti of Yemen and the head of the Yemeni Scholars Association, Sayyed Shams Al-Din Sharaf Al-Din, delivered a speech during the rally in the capital, in which he said: “ we came out today expressing our position in solidarity with  the Palestinian cause.”

He stressed that the besiege and killing of our brothers in Palestine by the Israeli enemy makes the nation break its silence.

Sayyed Shams Al-Din added that we must move with every effort to confront the plans and conspiracies of the Zionist enemy.

Using the opportunity to highlight Israel’s decades-long occupation of Palestine and the regime’s atrocities against the Palestinians, the participants in the rally chanted Ansarullah will not forget Al-Quds, Al-Quds is our main cause and Israel is our enemy.

Every year on the last Friday of the holy month of Ramadan, worldwide rallies are held to commemorate the Palestinian people’s resistance against Israel and their struggle to liberate their territories, which have been occupied by Israel for decades.

The annual event is seen as an opportunity for freedom-seeking people across the world, regardless of faith, to voice their support for the Palestinian cause and vent their anger against the apartheid regime in Tel Aviv, which has occupied Palestinian territories since 1967.

The International Quds Day is among the legacies of the late founder of the Islamic Republic of Iran, Imam Khomeini, who is revered as a spiritual leader by Muslims across the world. Back in 1979, shortly after leading an Islamic Revolution which toppled the US-backed Shah of Iran, Ayatollah Khomeini named the last Friday of the fasting month of Ramadan the Quds Day. 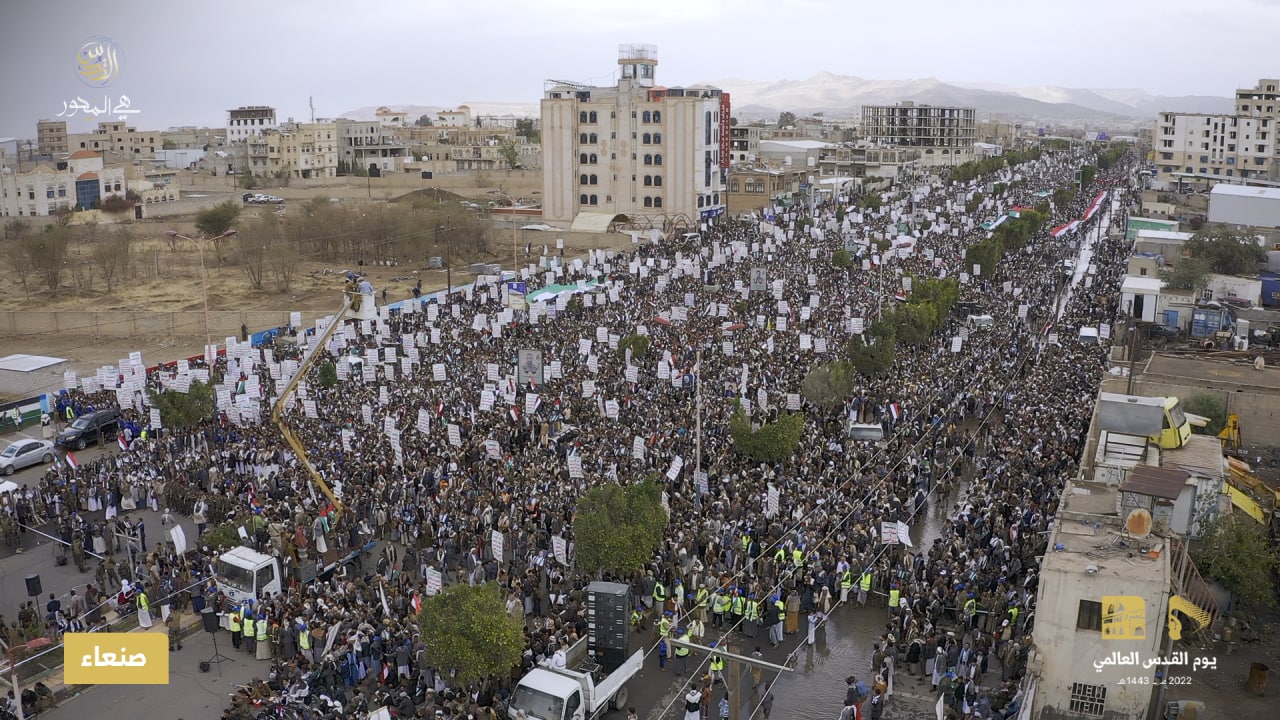 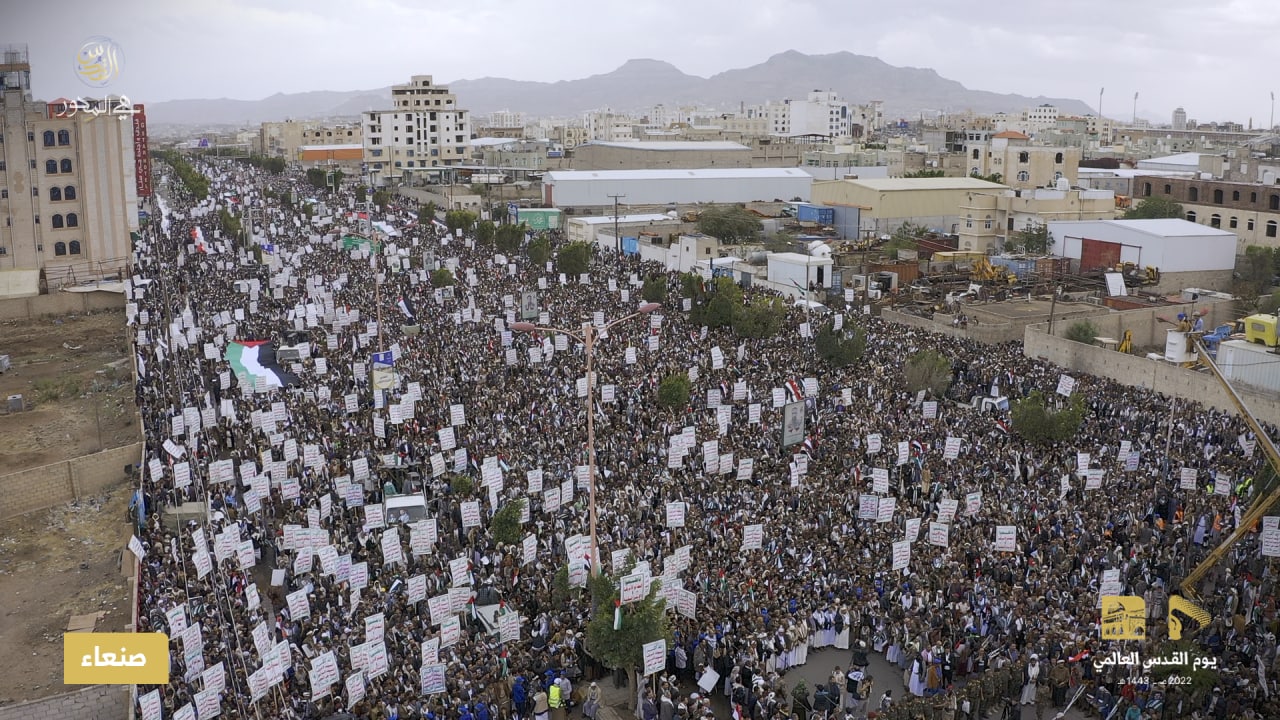 Sayyed Houthi: Israel is not an ordinary regime to normalize with