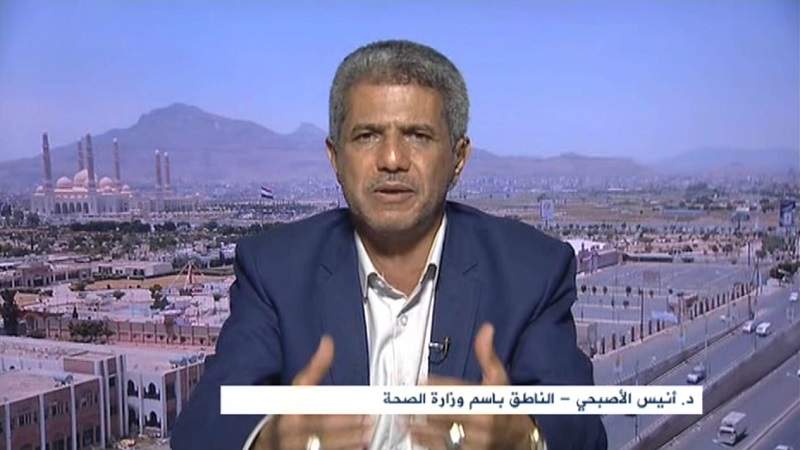 12 patients died for not opening Sana’a Int. Airport until now since truce agreement

The Ministry of Health official spokesperson, Dr. Najeeb al-Qubati, said last Sunday that 12 patients that were registered to travel for treatment outside Yemen during the current ceasefire, in accordance with the UN armistice agreement, have already died as a result of not opening the airport until now.

Dr. al-Qubati confirmed in a press statement that about 30,000 incurable patients urgently need to travel abroad to receive treatment. He pointed out that two flights per week, which was decided in the armistice agreement, are not enough to save the lives of patients.

He also said that the Saudi aggressors are refusing to abide by the agreements of the cease-fire, saying that refusing the implementation of the armistice agreement is “a crime that has humanitarian repercussions,” stressing that “the coalition deliberately increases the suffering of the Yemeni people in light of the UN silence.”

The spokesman stated that the health sector is in urgent need of modernizing medical equipment and introducing much-needed materials and supplies.