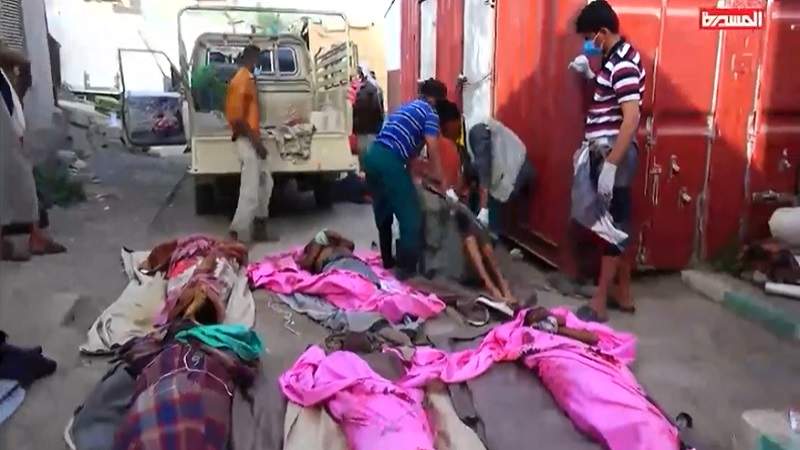 Nine bodies of citizens arrived at the Saada General Republican Hospital Authority on Thursday. Those citizens were killed and tortured by Saudi border guards in the border area adjacent to al-Raqo district of Monabbeh district.

A number of nine victims died after being electrocuted by the Saudi army, an official source reported.

The source indicates that this is a preliminary result of the arrival at the hospital and that there are more than nine bodies of citizens killed under the torture of the Saudi army.

Saada gov. denounces the killing of civilians in the bordering areas