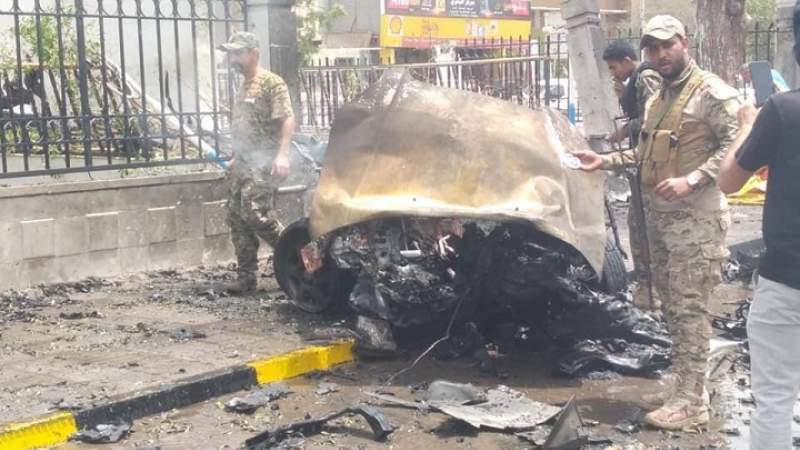 A car bomb explosion rocks the occupied city of Aden

Today, Sunday, a violent explosion rocked the Al-Mualla city in the occupied southern province of Aden, targeting a leader of the invasion and occupation forces.

Media sources close to the forces of aggression reported that a car bomb exploded on the main street in the Al-Mualla district, near the police station, targeting the convoy of the so-called head of operations of the fourth military region, Saleh Ali Hassan, who is affiliated with the forces of invasion and occupation.

The sources said that the explosion did not leave any casualties or injuries, except for the damage to a number of cars and buildings near its location.

This targeting operation comes hours after the assassination of a military commander named Abd Rabbo Ali Saleh Al-Areq, who works as the staff of the 159th Infantry Brigade of the Islah party, by unknown gunmen, yesterday evening, Saturday, in the city of Marib.

No party has claimed responsibility for the bombing of Aden, but the operation comes in light of continuous assassinations and clashes in the occupied areas between the wings of the forces of the invaders and occupiers, and the spread of armed groups under various names.