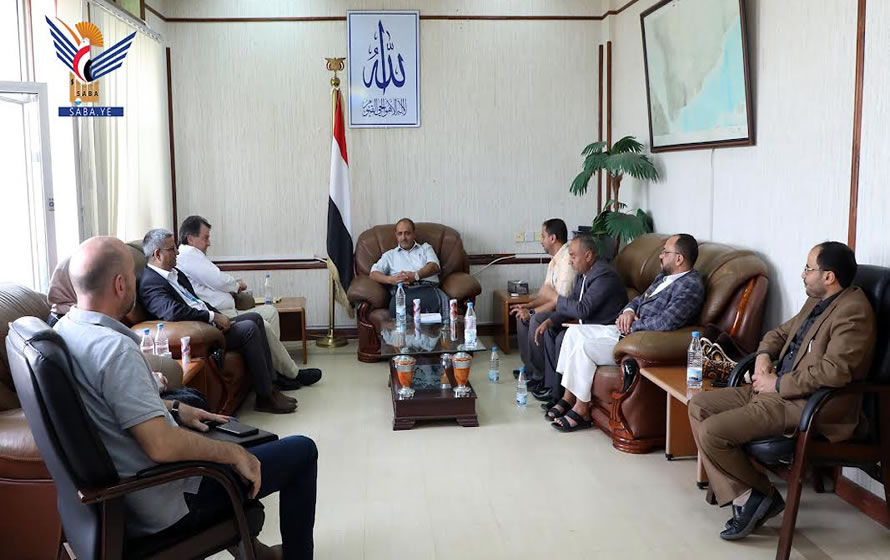 During the meeting, which was attended by OCHA’s Yemen bureau chief, Sajjad Mohammad Sajid, the humanitarian situation in Yemen was discussed as a result of the continuing aggression and blockade, which caused the world’s worst humanitarian crisis.

He pointed out the need to work to disburse food aid completely and continuously, to alleviate the suffering of beneficiaries and those affected, and to reduce the slide towards dangerous stages.

Al-Hamli called for swift and serious action to support the Operational Centre for Dealing with Mines and to address any emergency in the field, particularly in areas liberated by Hodeida, where civilian casualties are caused by mercenary-laid mines in several areas.

For his part, the UN Resident Coordinator appreciated the Council’s efforts to coordinate and facilitate the work of humanitarian organizations operating in Yemen. He stressed the interest in everything discussed and working to solve all problems in coordination with the Council.