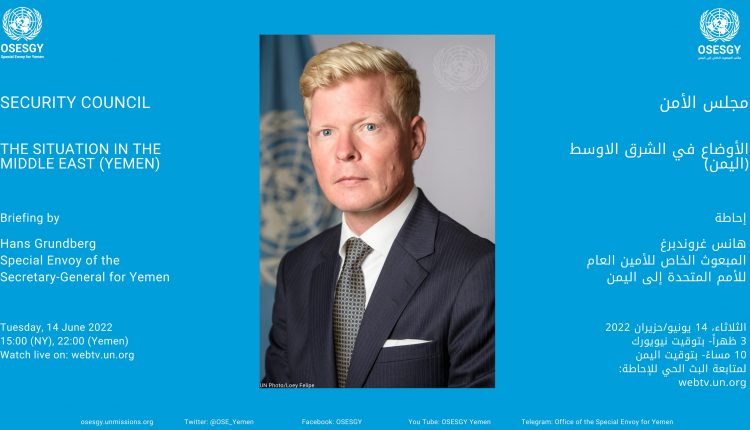 The Office of the UN envoy to Yemen, Hans Grundberg, announced the date of his briefing to the Security Council on the situation in Yemen.

The office confirmed in a tweet on the “Twitter” platform, that the UN envoy to Yemen presented at , his briefing to the UN Security Council on the latest developments in the situation in Yemen.

The UN envoy’s briefing will also include the developments in Jordan’s discussions regarding the opening of the crossings in Yemen and the status of the humanitarian truce, which was extended for an additional two months.