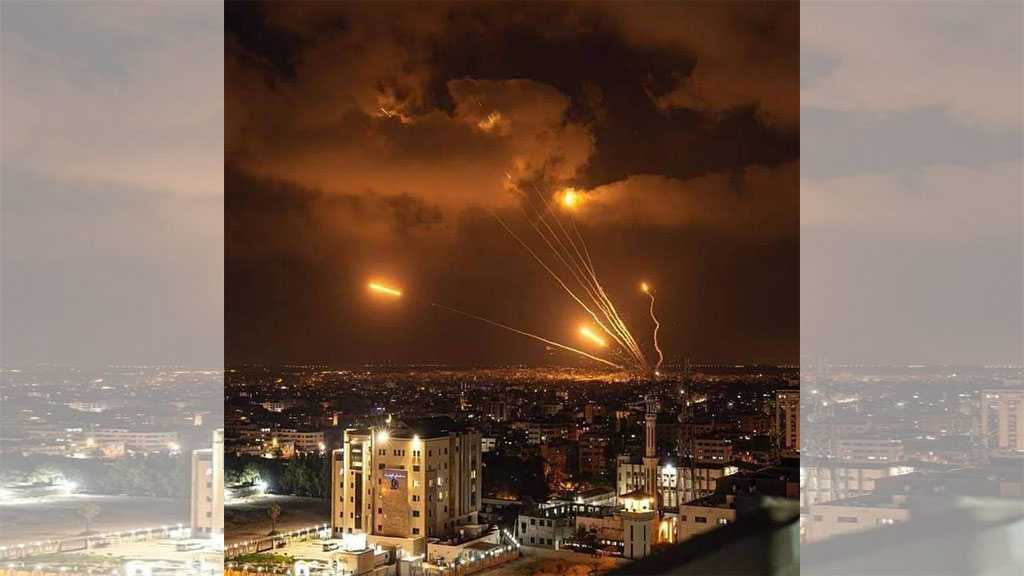 The Palestinian Islamic Jihad movement has fired more than 100 rockets toward the occupied territories after the Zionist occupation regime assassinated one of the movement’s senior commanders during a massacre in Gaza on Friday.

The movement called the retaliatory barrage only an “initial response” to the ‘Israeli’ bloodbath that left more than 15 people martyred, including commander Tayseer al-Jabari and a five-year-old child in the city of Rafah which is located in the southern part of the blockaded Gaza Strip.

“As an initial response to the killing of senior commander Taysir al-Jaabari and his brethren martyrs, the al-Quds Brigade covered Tel Aviv, central cities, and areas surrounding Gaza with more than 100 rockets,” the Islamic Jihad’s military wing said in a statement on Friday.

Meanwhile, the Islamic Jihad Secretary General, Ziad al-Nakhala said the Zionist enemy must expect a “non-stop confrontation in the wake of the Friday aggression.”

“There will be no truce following this attack,” the Islamic Jihad official said. “All resistance groups must struggle under one flag in this fight,” Nakhala underlined.

The Palestinian Health Ministry said that over 80 people had also been injured in the Zionist attack earlier on Friday .

US Military Spy Plane Shot Down In Mahra