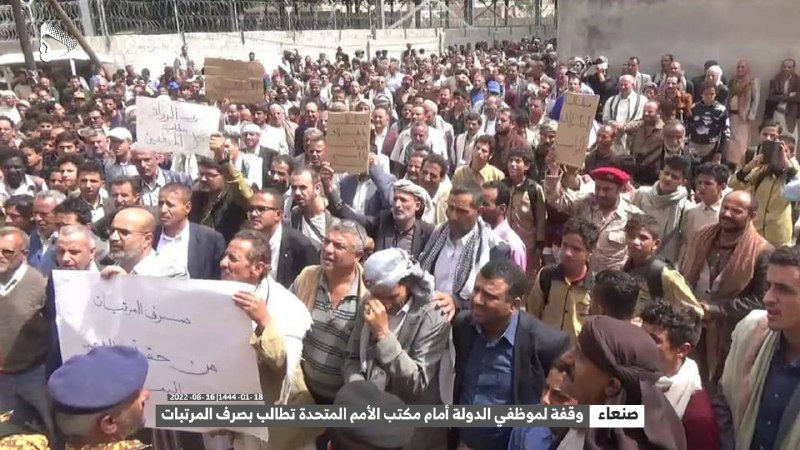 Hundreds of employees of the various state sectors organized on Tuesday a vigil in front of the United Nations office in the capital, Sana’a, to demand the payment of their suspended salaries since September 2016.

The participants in the vigil, which was organized under the slogan “Pay our salaries, you enemies of peoples”, stressed that the targeting of Yemen’s economy by US, the Zionist enemy and the United Nations expresses their brutality, criminality and their deep-seated hatred against the Yemeni people.

A statement issued by the participants denounced the arbitrary practices of the aggression countries by cutting and looting the salaries of state employees and destroying the economic infrastructure with airstrikes that targeted factories, agricultural fields, food stores, markets, ports and others.

The statement called on “the aggression countries” to pay the salaries of state employees, considering the current truce an opportunity for “the aggression coalition” to implement all its terms, including the payment of salaries”.