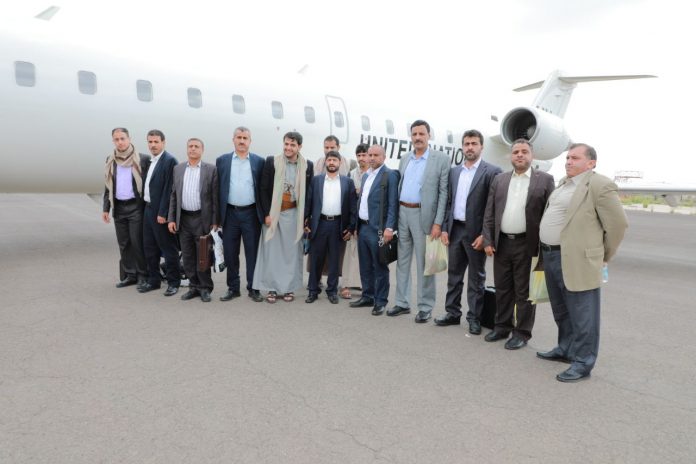 Yemeni Negotiating Committee Heads To Jordan For New Round Of Talks

The Military Negotiating Committee of the Sana’a government has left the capitol of Sana’a on Thursday and headed to the Jordanian capitol of Amman, to participate in a new round of negotiations with the Saudi-led coalition’s delegation.

Private sources confirmed that the military negotiating delegation of Yemen, headed by Major General Yahya Abdullah Al-Razami left the capital Sana’a and traveled to Amman to start a third round of negotiations, which will include several files.

The third round of negotiations will involve discussions on several thorny files, the most important of which are the violations of the Saudi-led coalition in the west coast and the fronts of Taiz, Marib and Bayda, in addition to the opening of roads and crossings in various conflict zones, the sources added.