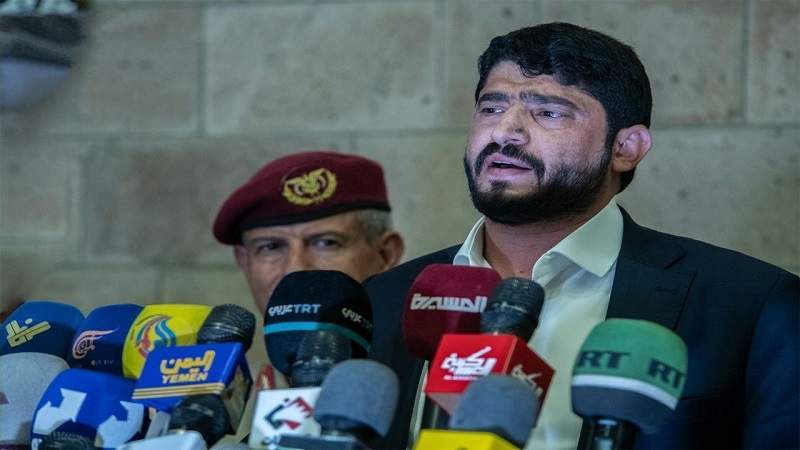 The National Military and Security Committee, Major General Yahya Al-Razami, stressed Thursday the need to address the humanitarian issue before any military negotiations.

He held a press conference at Sana’a airport upon his return from Amman, Major General Al-Razami saying: “Our priorities are to address the issue of paying salaries, lifting siege on airports and ports, before engaging in any other discussions or agreements in the military issue.”

He added: “We told mediators that a truce without paying salaries is useless and salaries’ issue cannot be overlooked, as it is a right and a basic demand for all Yemeni People.”

Al-Razami continued: “We held a number of exceptional, informal meetings with the UN mediators without achieving any positive results against the Saudi-backed party who disavowed the implementation of the concluded understandings.”

Major General Al-Razami denounced the statement of the UN representative, in which he was clearly biased towards the pro-aggression parties regarding the systematic state of escalation represented by the development of new fortifications and committing other hostile and sabotage acts in Taiz Governorate.

He explained that the military delegation sent repeated letters to the UN envoy and his military advisor regarding military violations and hostilities committed by the US-Saudi aggression in Al-Dabab area in Taiz governorate.

Regarding the UN lack of seriousness to address the Yemeni crisis, he pointed out that “If the United Nations and its envoy to Yemen are serious and keen on Yemen and its people, they should issue a statement clarifying who is the side that seeks premeditatedly to thwart these negotiations.”